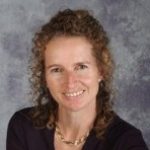 Psychosexual Relationship Specialist at End the Problem, Jacqui Olliver is a published author who renews relationships by solving people’s emotional and sexual issues. In the past 7 years, she has helped over 1,000 men, women, and couples restore a relaxed, happy, and fulfilling sex life and enhance their overall connection. Click here to check out her programs or to book a complimentary strategy session and start getting real answers to solve the real problems.

Psychosexual relationship specialist Jacqui Olliver is considered by many to be a world leader in solving and preventing emotional and sexual dysfunctions.

Sex problems including performance anxiety, erectile dysfunction, premature ejaculation, low libido and being unable to orgasm are all solved by Jacqui. Using an innovative method which is far different than a doctor, counsellor or sex therapist employs, Jacqui is best described as a technique modifier.

Jacqui's unique, breakthrough techniques solve the emotional and sexual issues which contaminate relationships. Generally, sex therapy and relationship therapists deal with the vague issues surrounding intimacy. Because of a lack of real available knowledge, the afflicted person cannot resolve the current issue they are experiencing and so it torments them relentlessly!

Whereas Jacqui teaches her clients the tough facts of the actual thought/action mechanism required to initiate the correct sexual programs in their brain. This knowledge also explains the mechanism of emotions and how to be in control of them. Jacqui conceptualized and co-created the Emotional Reset Technique™ which has been recommended to the government for use in improving the state of mental health among citizens.

Her unique treatment method provides clients with the complete answer: How to solve sex problems and eliminate emotional burdens, and how to feel like you are in control of your mind and your body as well as your emotions! This enables you to feel balanced as an individual and as one half of a couple in a relationship.

Jacqui's Real EASY Love consultations can be conducted online via Skype or via tele13. Jacqui's Sex Mastery prerecorded programs for men and women are also available for those who prefer to remain completely anonymous while resolving these issues.

Mind Journal Diary
Journal your way to Mindfulness. Use Mood Tracker to identify your emotional wellbeing.