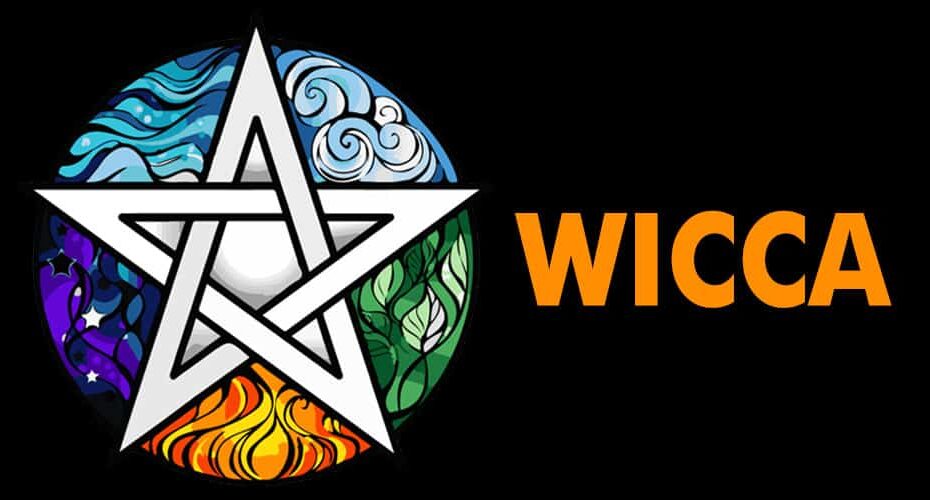 Wicca refers to pagan witchcraft religion influenced by pre-Christian beliefs and practices. It is considered the largest subset within the witchcraft revival movement and one of the fastest-growing religions in the United States.

It is a modern form of paganism, which is a nature-based religion. It is primarily considered a Western movement and tradition with pre-Christian origins. Followers often practice 1 witchcraft & worship nature. Practitioners believe in magic and supernatural deities who exist in nature. Hence, seasonal & life cycles play a crucial role in this practice. It can be regarded as a modern form of benevolent witchcraft that focuses more on the positive aspects than the negative ones. The word ‘Wicca’, also known as Pagan Witchcraft, is derived from the Angle-Saxon word ‘Wicce’ which means ‘to bend or shape nature to your service’. It is considered as a widespread western movement whose followers practice their faith in different ways, including witchcraft and nature worship.

They are often addressed as Wiccans and practice the movement as an individualistic pagan religion. Though it is the modern interpretation of pre-Christian traditions, it also involves certain ancient practices. These practices describe witchcraft as a worldwide religion associated with certain rituals to harness and focus on cosmic energies. The practitioners significantly use these psychic energies to bring about some of their desired changes. Studies 2 have shown that this witchcraft religion is an essential part of a direct line of witches and goddess-worshipers since the rise of Christianity. One of the remarkable facets of this religion is its flexibility and ability to adapt. Another important aspect is that his form of religious practice is neither similar to Satanism nor associated with it in any perspective as most witches do not believe in Satan at all. Satanism refers to the religion or counter-cultural practices in Christianity or Judaism that involve the central figure Satan, the devil.

A diverse group of religious movements has considered this pagan witchcraft the largest subset of neo-paganism that was derived from the historical pagan religion. The origin of modern pagan witchcraft was discovered by a retired British civil servant Gerald Brousseau Gardner in the 1940s who is identified as the father of modern witchcraft. Though his neo-pagan beliefs had no association with the older forms of witchcraft, he introduced liberally the Western witchcraft tradition and his brand of Wiccanism was derived from more modern influences. Most scholars argue that Gardener was a part of the witchcraft community, but Gardener and his associates were the ones to discover this religion as it exists today. He used to address his belief system as witchcraft or witch-cult and the term ‘Wicca’ didn’t appear until 1962.

Though it is considered one of the significant traditions within paganism, the focus of witchcraft and ritual magic is not similar to the broader practice of paganism as it is not practiced by modern pagan followers. However, it is an extremely decentralized religion that people practice in different types of ways. Certain cultural attitudes of the 1960s and 1970s such as homosexuality, contraception, feminism, and non-monogamous relationships hugely influenced this religion. During this period, it began to spread from the United Kingdom to the other British countries while the United States government first recognized this practice as a religion in 1985. According to The 2008 American Religious Identification Survey 3 , there were about 600,000 neo-pagans in the United States, with about half identifying as Wiccans. This survey also estimated that more than 3 million people were practicing this religious form.

Although there is a wide range of variations within the community, most followers share certain common beliefs and practices. Some of the most common beliefs include:

1. Acceptance and practice of magic

A commonly shared belief is its acceptance and practice of magic. Wiccans consider magic as a science and art that causes change to occur in conformity with willpower. Modern witchcraft uses a tool named ‘magick’ to act on the subtle, energy, or level of reality.

Despite the variety in their ways of practicing pagan witchcraft, the practitioners worships ‘the mother goddess’ and her companion ‘the horned god’. They believe that these two most significant deities manifest through nature. They consider every small living and even non-living thing as a goddess- including rocks, trees, the universe, the planet, and the sky.

They share a general set of common traditions also. They mostly celebrate eight holidays that they address as ‘sabbats’ and ‘esbats’ centered on the solar cycles and the lunar cycles respectively. The primary aim of these celebrations is to increase the interaction between natural and supernatural power.

They believe that the mother goddess is represented by certain female deities like ancient Greek goddesses Artemis or the goddess of earth, Gaia, and the horned god is represented by the lusty Greek god Pan or the Egyptian god of the dead, Osiris.

Spell-casting 4 is an extremely important part of the pagan witchcraft religion. The practitioners consider spells as symbolic acts experienced or performed in a different state of consciousness intended to allow the desired change. They can use these spells either to do good or to harm. This includes spells to deal with loneliness, attract money, develop or increase self-power, and win over an enemy.

They have no central religious practice books rather they practice their religion in different types of ways. Some meet in a group while others practice alone.

Similar to their beliefs, their practices are extremely individual and vary from person to person or community to community. Some of the common practices include:

The practitioners organize shrines in their homes or yards that contain nature symbols, candles, items with personal or spiritual significance, and the statue of the goddess.

They use a variety of religious symbols to perform their practice including the common symbol pentagram. It signifies the four elements of nature, the spirit, and eternity.

Practitioners of this pagan witchcraft religion follow a religious journal named ‘Book of Shadows’ to record rituals or magical lore.

They often creates a magical ritual circle for their ceremony. This ritual circle plays the pivotal role of a portal between the physical and spiritual universe. The specific circle can be drawn in any location and disassembled after the ritual is finished.

Diet And Attire In Wicca

The followers mostly eat ritual food depending on the different traditions or sacrifice it for a good. Others are fed by the participants in a specific ritual. They also fast prior to a ceremony. Many modern witchcraft followers believe that consuming meat harms animals and violates the Wiccan Rede. That’s why most of them are purely vegetarian or vegan.

Though there is no specific attire for the practitioners, they are prohibited to wear watches or have electronic devices during a ritual or ceremony. But the common thing that all practitioners of this pagan witchcraft religion wear is a Pentagram necklace.

Similar to the other common religions, some major life events of include:

This Pagan religion represents nature, the physical world, and fertility. The birth of a child is an extremely joyous event for the followers. Many parents organize ceremonies with their groups or circles while some celebrate individually. Such ceremonies can be held immediately after the child’s birth or at any of the Wiccan holidays.

They consider aging 5 and death as an integral and natural part of life. They offer immense support for their circle members and are more comfortable in experiencing death with acceptance rather than fear. They believe that after death the soul can rest peacefully followed by reincarnation.

When a practitioner has passed away, the other community members may hold a standard memorial service or burial ceremony or a crossing over ceremony in which they offer their memories of the deceased.

They marriage, often known as ‘handfastings’, involves several similar rituals of non-Wiccan weddings. It includes the ring ceremony and cutting the wedding cake. But they hold their marriage ceremony as well as an after feast within their circle or group. They even accept same-sex marriage with immense support.

It primarily supports separation in marriage and even participates in a separation named ‘hand partings’ administered by the same person or priest who administered the ‘handfastings’ ceremony. This ceremony is intended to provide all the magical and emotional closure and announce their freedom from the relationship or marriage.

Misconceptions About This Pagan Religion

This Pagan Religion are one of the misunderstood religious practitioners. A variety of myths or misconceptions exist regarding this religion, including:

They oppose any kind of harmful use of magic. They don’t support people who hurt others physically or emotionally.

2. Modern witchcraft is not a religion

It is a pagan witchcraft religion that was officially recognized by the United States government followed by several holidays varying from state to state.

In reality, they worship the mother of the goddess and the horned god. They don’t believe in worshiping the devil. Their worship practice is quite similar to Buddhism or Hinduism and different from Satanism.

The practitioners believe that consuming meat can violate their Rede or their key moral system as most of them are vegan or vegetarian. They don’t believe in harming animals. The Rede is one of the most universal maxim beliefs of them that says ‘If it harms none, do what you will want to’. It has become extremely popular in recent years within the community.

5. It is an ancient religion

It is based on ancient beliefs, but it consists of surviving folk traditions and more modern elements. Anthropologist Gerald Gardner first coined this concept in the early 1950s.

6. Wiccans have a hidden bible

They don’t follow any bible or any central religious books, rather they use a religious journal named ‘Book of Shadow’ to record rituals and magical lore.

It is a highly individual pagan witchcraft religion as its followers practice it in different types of ways. There is an infinite number of dominations and disagreements among the practitioners regarding the difference between Wicca and witchcraft. Some researchers believe that they are closely associated and interlinked with each other while some define it as a dilution of true witchcraft. However, a few believe that it is a pagan religion that involves the practice and worship of magic or cosmic power.

Wicca At A Glance

Coping With The Dunning-Kruger Effect