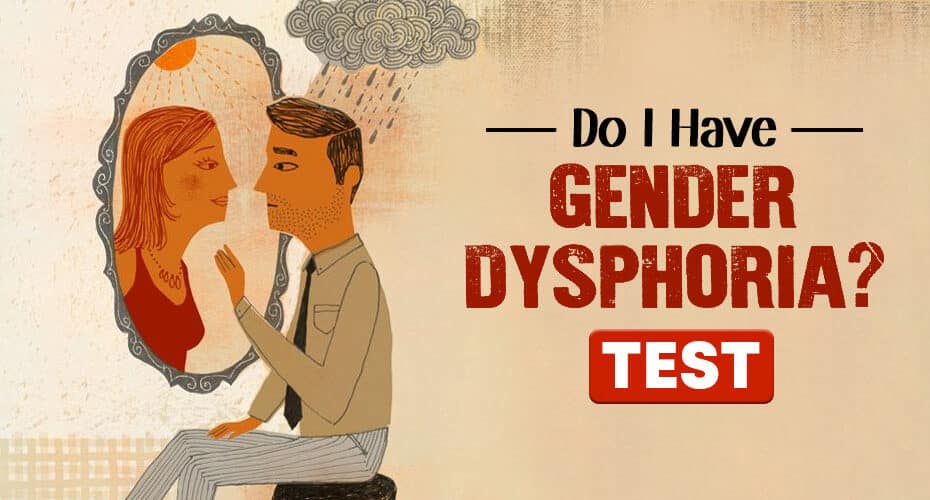 This Gender Dysphoria test can help determine whether you might have any of the common symptoms or not. Take the test to find out!

Gender Dysphoria happens when you feel uneasy, unhappy, and distressed with your biological gender, or the gender that has been assigned to you at birth. You don’t feel comfortable in your skin and you constantly feel like your physical body is not the one you’re supposed to be in.

For example, you might have been born as a man, but deep inside, you feel like a woman and want to live your life like one.

The impact of gender dysphoria can be different for different people. While some people might feel that they are living a lie with their traditional gender roles which end up affecting their body image and mental health, some tend to dress like the opposite gender in order to feel at home with their physical bodies.

Gender dysphoria can also end up affecting an individual’s quality of life and can lead to feelings of anxiety, depression, and even suicidal thoughts. Additionally, not everyone who experiences Gender Dysphoria identify as transgender, many people can identify as gender-fluid (identifying as different genders at different times), and non-binary (not identifying with any gender or having two or more genders).

People who experience Gender Dysphoria, unfortunately, have to face a lot of discrimination, prejudice, and hatred from society. They are not considered ‘normal’ by societal standards, just because they think and feel differently, and because they don’t always love someone from the opposite gender.

Symptoms of Gender Dysphoria are as follows:

The exact cause of Gender Dysphoria is still not known, and it is believed that it can be a mix of psychological, biological, and social factors.

Some of the potential causes of Gender Dysphoria are:

A list of questions is mentioned in this Gender Dysphoria test which relates to life experiences that are common among people who display Gender Dysphoria symptoms. Please read each question carefully, and indicate how often you have experienced the same or similar challenges in the past few months.