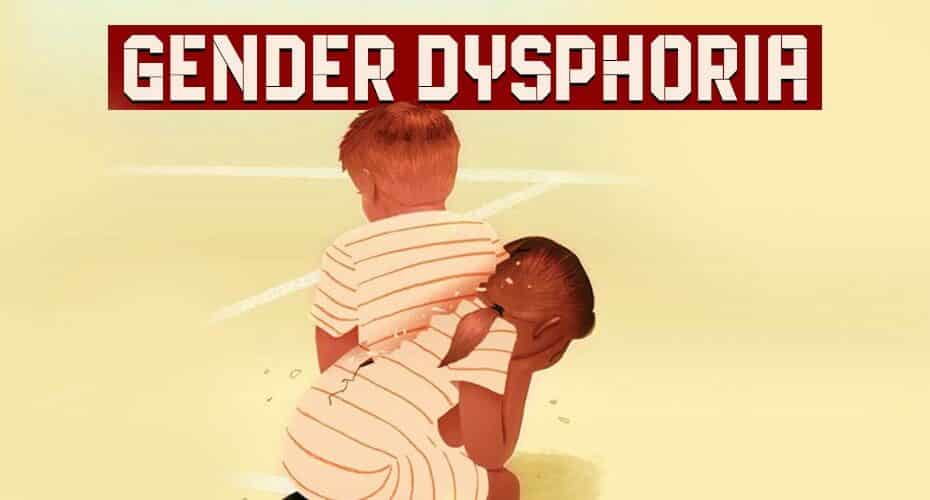 Gender dysphoria is a sense of unease a person experiences because of a mismatch between his/her biological sex and gender identity.

What Is Gender Dysphoria?

Gender dysphoria (GD) is the psychological distress a person feels when he/she experiences a difference between his/her sex assigned at birth and personal sense of gender. The Diagnostic and Statistical Manual of Mental Disorders (DSM-5) defines GD as a “marked incongruence between [people’s] experienced or expressed gender and the one they were assigned at birth”.

GD was previously termed as “gender identity disorder”. With the destigmatization of homosexuality and the rise of the notions of gender as a social construct and spectrum, gender dysphoria came to be seen as a mental reaction to gender practices of non-conformity and/or gendered prejudice and societal rejection.

However, strictly speaking, gender non-conformity does not equal gender dysphoria—a feeling that is limited to trans and queer people and not homosexuals.

People with GD experience mental turmoil because they cannot relate their sex to their lived gender or gender expressions to their biological sex assigned by birth. They sometimes cannot identify themselves within the traditional, rigid, societal binary of male or female roles and expectations.

Because of this, they may conduct themselves in ways that are non-conforming to societal gender expectations. Such behavior, in turn, will make them prey to cultural stigmatization.

Gender fluid people experience social prejudice, rejection, and discrimination. Most often, they are shunned by their own peers, family, and friends and are subject to high levels of interpersonal conflict, humiliation, and trauma.

They develop low self-esteem, body image issues, social withdrawal symptoms, and a negative sense of well-being. Because of this, gender dysphoria manifests itself as a myriad of mental health symptoms, such as:

A 2022 study 1 shows that 0.5% to 1.3% of the global population experience GD. It is a public health hazard and accounts for most mental health conditions and suicidal deaths in teenagers and young adults. Thankfully, people are being more open and diverse about sexuality and gender orientations and gender dysphoria diagnosis has become more common in recent years.

What Are The Symptoms Of Gender Dysphoria?

Research 1 shows that the signs of gender dysphoria in children are not well-pronounced. However, in adolescents and young adults, the gender dysphoria symptoms are more apparent. This is because they have a clearer sense of gender identity and how to deal with the unsatisfactory symptoms of this dysphoria. Consequently, gender dysphoria diagnosis takes place mostly in the late teenage years and early adulthood.

The most common symptoms of gender dysphoria include:

What Are The Causes Of Gender Dysphoria?

Recent studies 1 revealed that “many genes contribute to make gender identity an inherited, complex multifactorial polygenetic trait.” For instance, a 2020 study 2 showed how people suffering from gender dysphoria have genetically inheritable brain structures that verge on gender nonconformity. It suggested that their brain structures appear to be more comparable to the gender with which they identify.

Hormonal dysfunction 3 in the womb may also enhance the risk factors for gender dysphoria. Excessive female hormones from the mother’s system or the fetal insensitivity to sex hormones can create gender-nonconforming physical attributes and identity concerns.

3. Exposure to progesterone or other estrogenic drugs

Research 4 shows that males or females exposed to progesterone or estrogenic drugs in the womb are at an increased risk of gender dysphoria.

According to one 2022 study 1, “The development of gender to its assigned sex in childhood may be influenced by interactions with children’s temperament and parental qualities, as well as their dynamic relationship”. It elaborates that certain environmental conditions also contribute to gender dysphoria, such as:

5. Rare conditions that may lead to gender dysphoria

Rare medical conditions in which babies are born with intersex conditions (hermaphroditism 5 ) or chromosomal abnormalities or appear to suffer from congenital adrenal hyperplasia (CAH 6 ) can also experience gender dysphoria.

How To Get Diagnosed With Gender Dysphoria?

The criteria for gender dysphoria diagnosis have been laid out in the DSM-5 for both children and adults. A thorough physical examination of the person’s body is carried out to eliminate the possibility of physical conditions like congenital adrenal hyperplasia or androgen insensitivity syndrome that present symptoms similar to gender dysphoria.

Further meticulous assessment and genetic testing should be performed to take into consideration:

In the absence of a medical condition, the individual will be referred to a mental health professional (MHP) for mental health treatment.

How To Treat Gender Dysphoria?

The treatment for gender dysphoria involves a wide range of therapy, medication, and surgery:

People suffering from gender dysphoria can avail behavioral and conduct therapies that help them come to terms with their gender identities, deal with minority stress and social prejudice, and address issues related to their ‘coming out’ or gender transition.

According to research 7 and medical practice, the following drugs are used to treat conditions and symptoms related to gender dysphoria:

People suffering from gender dysphoria opt for surgical treatment as a last resort. According to a 2022 study 1, to avail sex reassessment surgery treatment, “the individual should be on one year of continuous hormone therapy and living in the desired gender role.”

There are 2 types of surgeries, namely, “top surgery” and “bottom surgery”, which include processes like:

How To Deal With Gender Dysphoria?

If you are someone suffering from gender dysphoria, consider the following measures:

How To Help Someone With Gender Dysphoria?

If you know someone suffering from gender dysphoria, consider the following measures:

Gender dysphoria is a public health hazard and accounts for most mental health conditions and suicidal deaths in teenagers and young adults. We should address it with sincere attempts at gender equality and destigmatizing gender nonconformity.

Gender Dysphoria At A Glance

1. Is childhood trauma a leading factor in gender dysphoria?

Studies show that trans people with childhood trauma and abuse experience significant gender dysphoria than those with non-transgender identities.

2. What is the most common outcome of gender dysphoria in childhood?

Notwithstanding sexual orientation, the most common outcome of childhood gender dysphoria is either homosexuality or bisexuality.

3. What are therapies for people with gender dysphoria?

Psychotherapy, gender therapy, hormone therapy, and sex reassignment therapy are some of the therapies used for people with gender dysphoria.

4. How does gender dysphoria affect interpersonal relationships throughout adulthood?

5. Is gender dysphoria important enough to pay attention to or should it be ignored?

Gender dysphoria negatively impacts the quality of life and leads to poor mental health, self-harm, and suicidal tendencies. Therefore, it is always important enough to pay attention to.

6. Do ADHD medications play a role in gender dysphoria?

There is no direct cause-and-effect relationship between ADHD medications and gender nonconformity. However, people with ADHD often question their gender identities or often experience gender dysphoria.

8. Can antipsychotics reduce the distress associated with gender dysphoria without transitioning through hormones or surgery?

No, antipsychotics do not necessarily reduce the distress associated with gender dysphoria.

Gender dysphoria is largely a subjective experience. While the common ground is that people with this condition cannot relate their gender identity to their sex at birth, gender dysphoria manifests as crippling mental disorders, low self-esteem, and isolation.