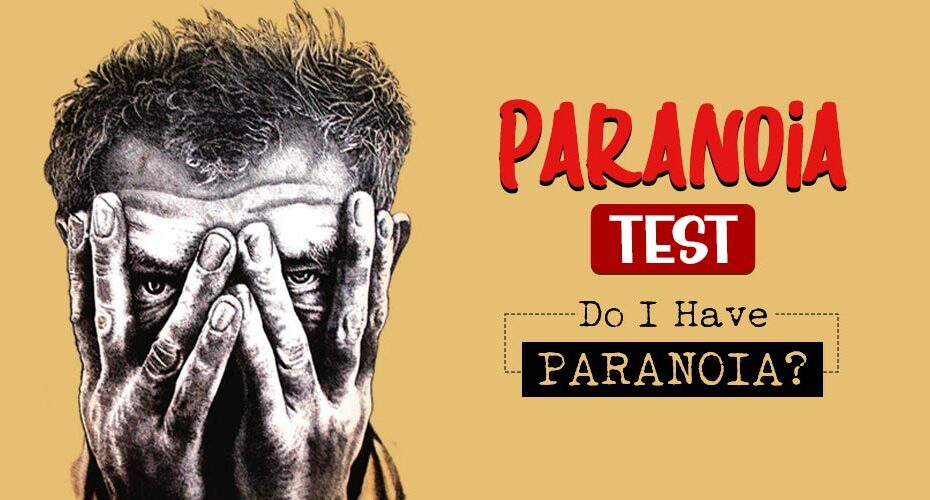 “Do you always feel threatened even when there’s no evidence of it? Do you have trouble trusting others because you feel that they will harm you in some way? This Paranoia Test can help determine whether you might have any of the common symptoms or not. Take the test to find out!

Paranoia can be defined as constant feelings of fear and distrust towards others that leads you to think that everybody is out to get you. When you are paranoid, you always think that something or the other is going to go wrong. Constantly feeling threatened even when there’s no reason to be is another defining giveaway of paranoia. “

People suffering from paranoia are always suspicious of everyone around them. They have this deep-seated and perpetual fear that everyone around them are conspiring against them and trying to cause them harm. Paranoia tends to show its symptoms during late teens and early adult years.

Paranoia or paranoid personality disorder is not that common and is considered to be quite rare, with only 0.5%-0.6% of the American population getting afflicted and diagnosed with it.

This is normally experienced by people who are:

Paranoia is a type of thinking that is characterized by extreme distrust, suspicion, anxiety, fear and nervousness. People suffering from this constantly feel threatened and believe that everyone is planning on hurting them and exploiting them. Even when they are not in any sort of danger, they will constant think that they are at risk.

Symptoms of Paranoia are as follows:

Even though paranoia doesn’t have any clear-cut causes, some of the probable ones are as follows:

Certain life experiences such as trauma, loss of a loved one, traumatic childhood, major life changes, losing your job, etc.

A list of questions is mentioned in this Paranoia test online which relates to life experiences that are common among people who suffer from Paranoia. Please read each question carefully, and indicate how often you have experienced the same or similar challenges in the past few months.