Did You Know 55% Of Indian Employees Are Victims Of Workplace Bullying? 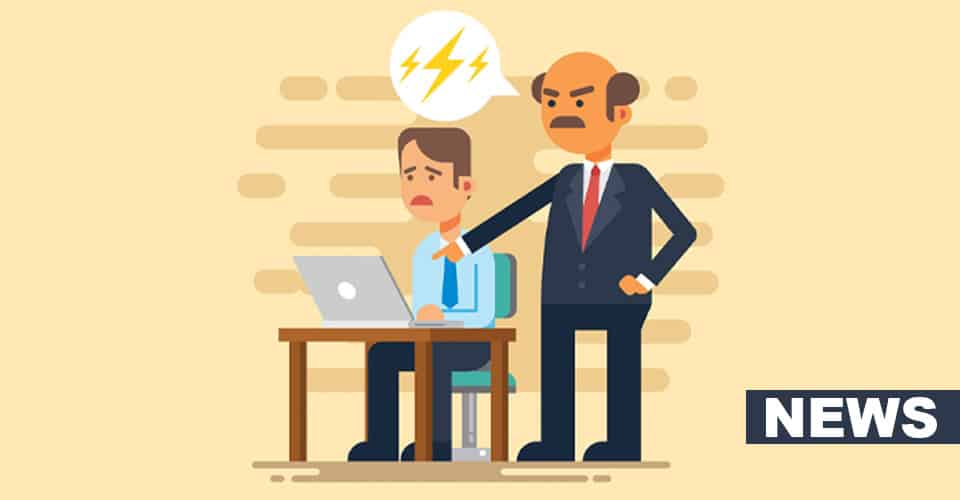 Many people perceive that bullying is something that can happen only in schools and colleges. Unfortunately, you can experience bullying even at your workplace. Although government bodies are vocal about their concerns against bullying in school, workplace bullying remains a harsh reality. Whether it is a case of you being blamed for no reason by your critical boss or experiencing abusive behavior, like inappropriate jokes, from your colleagues, bullying at workplaces has increased over time.

A survey revealed that almost 55% of Indian employees experience bullying at their workplace. The survey enlightened many disturbing facts related to workplace bullying. Renowned psychologist Seekha Choudhary said, “Workplace bullying can have an adverse effect on the victim’s mental health. Criticizing or insulting an employee repeatedly or making inappropriate jokes about a colleague’s appearance or skills is not acceptable in any work environment. Such behavior should not be tolerated or taken lightly. It can lead to the victim feeling terrified, intimated, and even suffering from Chronic trauma or depression.” She also argued that many people fear raising their voices against being insulted by their co-workers and their boss.

According to a report published in Forbes, six in every ten employees are the victims of workplace bullying. “We have found that victims typically tend to be more talented & skilled, have a higher IQ or perform better than the others causing the abusers to feel threatened or insecure,” the report says. Some people experience bullying because of ethnic differences and even the potential to outperform their colleagues. Regardless of the reason, disrespectful treatment can cause serious psychological problems in the victim, due to which they often take extreme steps. While sharing his own experiences, Mr. Ramesh Shah, a 39-year-old corporate employee said, “When I joined my first job, I faced serious bullying from my colleagues. I was suffering from overweight issues at that time. They used to call me different names, play pranks repeatedly, joke about my body weight, and insult me indirectly. It was my first job, and I was afraid to speak up against the bullying that I used to experience almost every day. Later, it affected me so much that I suffered from several panic attacks, anxiety and depression. It took me a long time to completely heal from that experience.”

Workplace satisfaction is much more important than an impressive salary for our mental health. When a person experiences humiliation and intimidation regularly, it can severely affect their psychological and emotional well-being. A report found that panic attacks, depression, and other troublesome outcomes are very familiar among the sufferers of workplace abuse and bullying. It not only affects our psyche but also hampers the work culture as well as our productivity. One should immediately report to the board of directors or any other higher authorities of the respective organization if experiencing such workplace bullying. Instead of staying quiet about the issue, the victim should demand punishment for the perpetrator from the organization. Moreover, every organization must promote better work engagement and encourage their employees to participate in negative behavior awareness training.

Want To Know If You Are Facing Workplace Bullying? Use This Free Test To See If You Match The Criteria