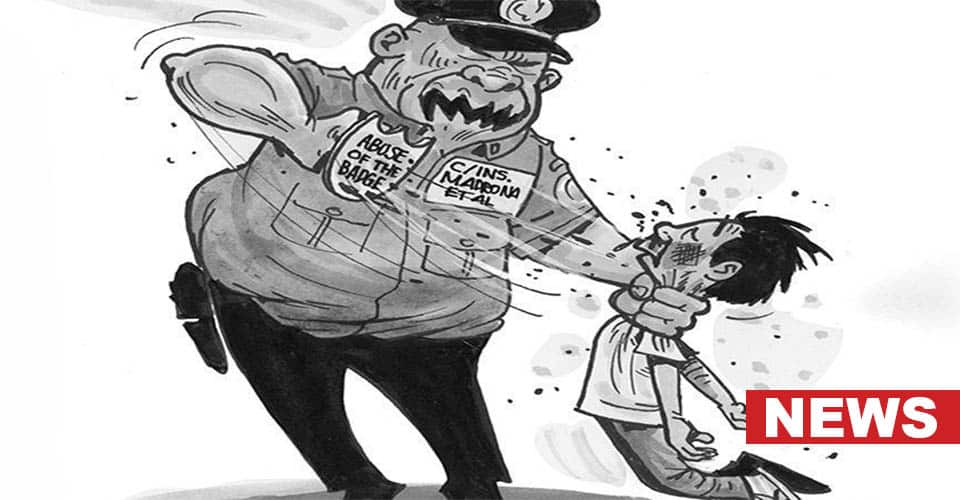 Traffic police harassment is a very common occurrence that numerous Indians experience in their daily lives. Though some people are not aware of the impact of police harassment, it can seriously affect an individual’s psychological well-being.

What Is Traffic Police Harassment?

Civilians expect that every police officer will protect and serve the community according to their vow. But sometimes, people experience extreme brutality by traffic police who misuse their power and harass innocent people. Though it is a significant matter of concern, some people often overreact to even simple regular interrogation done by the on-duty police officers. We must remember that there are certain formal responsibilities appointed to every traffic police officer. Similarly, people should also have the knowledge about the extent of a limit that shouldn’t be crossed by any police in the name of duty or responsibility.

In some cases, traffic police officers may misuse their power to reiterate against a certain group of people they don’t like or with whom they had a negative encounter. Regardless of the reason, any kind of police harassment is illegal and one should raise their voice against it. However, people should not disrespect any police officials rather cooperate with them if they are asking for simple regular documentation or the like.

It refers to parking a car in a place where parking is legally prohibited. In India, the issue of wrong parking is quite common which sometimes causes a lot of trouble for the common people. For example, at the Chandni Chowk area in Delhi (Place changed due to privacy issues), an Omni van was sued by traffic officials for wrong parking. They demanded Rs. 1000 as a challan and towing charges. In reality, the vehicle was not towed rather driven to the police station by a crane driver. Such incidents of collecting illegal money are experienced by many people in India. The humiliation and harassment along with the illegal charges the van owner faced have no justification.

It is another cause behind traffic police harassment. It can be often observed that people are blamed by the traffic police for breaking traffic rules while they haven’t in reality. For example, Rakesh (Name and place changed due to privacy issues) was stopped by a traffic police officer near the Park Street area in Kolkata. The police officer blamed Rakesh for breaking traffic rules that he didn’t. Even after showing the license and all other important documents, Rakesh experienced disrespectful behavior and violence by traffic cops. Such traumatic experiences made Rakesh suffer from anxiety issues for a long time.

How Traffic Police Harassment Affects Us

Police harassment exposure is closely associated with a broad range of mental health outcomes. These associations are not similar to the typical connection between violence and mental health. Unnecessary harassment and misconduct by traffic officials trigger an instant feeling of nervousness and fear that eventually leads to anxiety and trauma. In some instances, civilians tend to react negatively to the general interrogation by traffic officials. But someone should not react in such adverse ways if a traffic police officer is asking for general document checking. Most people overreact in such situations, liking pleading and crying which develops a kind of trauma in their brain. One should not get irritated and cooperate calmly in such situations. They should realize that he/she might have done something wrong, either deliberately or unknowingly.

Moreover, there are some exceptional conditions too where police officers intentionally harass common people or collect illegal charges from them. If someone has experienced a few negative encounters with traffic cops, it may induce extreme fear in them. Police harassment that involves the following aspects is more likely to cause severe and permanent traumatic conditions, such as:

The traumatic experience of a traffic police encounter and the ensuing stress can have negative effects on an individual’s mental health. It may destroy a person’s ability to cope or recover from such experiences.

Whenever we are stopped by traffic police on the road, a sudden feeling of paranoia strikes us, causing anxiety and nervousness. A self-validated perception of people portrays traffic cops as villains who are against citizen’s freedom, but in reality, all they do is protect people and prevent any unexpected accidents. However, there are certain exceptions too where traffic officials show extreme brutality towards the general public. An experience of physical violence or verbal abuse by traffic cops can cause temporary depression and anxiety. They may feel terrified regarding any kind of police affair. They may feel afraid to go on the road and become nervous seeing traffic police even if they don’t commit any mistake. This unmindfulness can lead to severe accidents.

Greater exposure to negative police actions is closely intertwined with a higher prevalence of several psychological conditions that include:

Exposure to stress is closely related to social status and circumstances. People with the most marginalized statuses are more exposed to social stressors. Everyday experiences of racism, involvement in illegal activities, poverty, and incarceration play the pivotal role of a stressor and are associated with various mental health outcomes. Racism is one of the most significant stressors that disproportionately expose people to traffic police brutality.

What Can You Do?

A citizen of this nation has certain rights to protest if he/she experiences any kind of aggressive behavior from the police. Some traffic police officers may also conduct an unwarranted search without any legal basis. One may experience mild to extreme abuse or harassment by some traffic cops without any valid reason. Additionally, the trauma triggers several psychological illnesses. To prevent such experiences, you should follow some beneficial precautions, such as:

2. Avoid breaking traffic rules, such as running traffic signals, speeding over the limit, drunk driving, talking on the phone while driving, etc. Otherwise, the cops can seize your vehicle and charge you with a challan.

3. Avoid drinking and driving. A police personnel has the authority to confiscate your license or arrest you if found out to be under the influence of drugs, alcohol, or any other substance.

4. Don’t overreact if the traffic police officer asks for your license. Remember, it is their responsibility to do so. Cooperate with them and provide all the necessary information they ask for.

5. If any traffic police cross-questions or harasses you, try to be calm and decent. Sometimes, overreaction causes further disagreements and conflicts.

7. Remember that a patrolling officer has no right to force you to get out of your vehicle or to take your keys off.

8. Wear your helmet, seatbelt, or other mandatory protective gear whenever riding your vehicle.

How To Cope With Mental Trauma

Such experience of police harassment can develop extreme trauma and anxiety in a person. Here are some ways through which you can cope with mental trauma:

In certain instances of traffic police encounters, the severity of mental health outcomes partially depends on how the individuals evaluate their experiences with the police. It is found that when a person perceives traffic police encounters as respectful, fair, and ethical, not as harassment, they experience less anxiety and trauma. However, one should prevent themselves from indulging in illegal or criminal activities and try to perceive police actions as a lesson if any encounter happens.