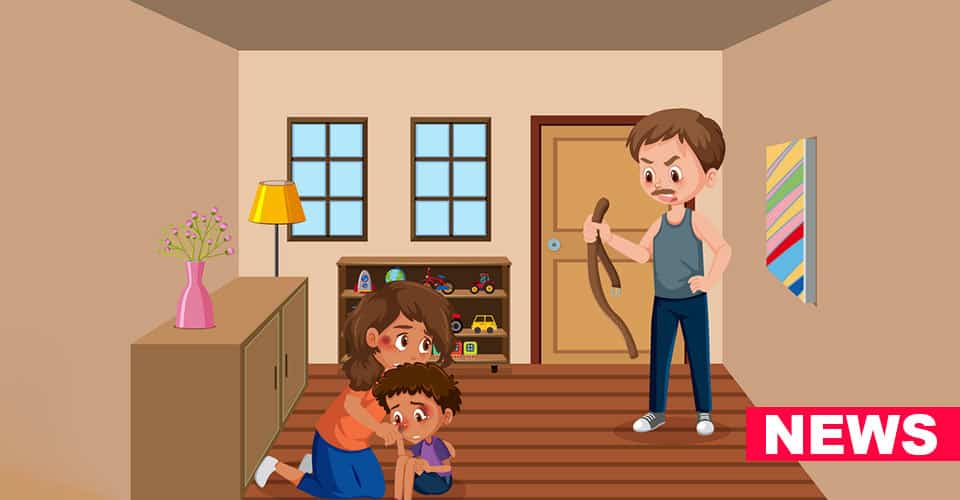 Witnessing abuse or domestic violence is very harmful to the psychological well-being of a child. A recent study has found that children who witness their siblings getting abused frequently by a parent can suffer from trauma. Research also shows that children who witness regular domestic violence between their parents can develop mental health problems. Children Welfare Association (CWA) conducted a survey and interviewed around 1200 children between the ages of 8-15 years. The survey result has found that such exposure to abuse is associated with a few psychological conditions, such as depression, anxiety disorder, and anger issues.

“When we hear about domestic violence, we usually think about a woman physically or mentally abused by her husband. But children can also be affected by witnessing domestic violence against their siblings by their parents,” said Mrs. Reema Nayak, professor of human development and family studies. She explained that a child might develop mental health illnesses without being the direct victim of abuse. Reema further said, “It is important for everyone to think about these dynamics also when examining the effects of exposure to family discord and violence.”

The Children Welfare Association (CWA) has interviewed many parents whose children suffer from any psychological problems. Mr. Anil Kharkel, a 37-year-old manager of a startup company, shared, “My 10-year-old daughter Amrita was diagnosed with anxiety disorder two years back. I have an elder son, Anuj, who will turn 15 next year. Because of his age and overexposure to social media, my son started to perform badly in academics. His grades were decreasing day by day. He was distracted and not interested in continuing his studies. My son did quite well in his studies earlier. My wife and I were extremely worried about him as his final exams were approaching.” Anil further shared that they used to scold their son frequently because of his changed behavior. Anuj used to argue a lot with his parents. Due to this, family problems started increasing in their house. “One day, I slapped Anuj out of anger as he behaved wrongly with his mother. We never thought that all these situations were affecting my daughter’s mental health,” Mr. Kharkel added.

Anil observed that his daughter became quiet over time. She stopped talking with her parents and spent most of the time alone. When they took their daughter to a child psychologist, she was diagnosed with generalized anxiety disorder. And after a few therapy sessions, the doctor informed Anil and his wife that their daughter had developed psychological problems because she witnessed her brother being abused by her parents regularly. The disturbing family dynamic affected her mental health to the extent that she started to have anxiety attacks.

Renowned child psychologist Mr. Devashish Chakraborty has explained that many family members are exposed to household violence nowadays. And, this can be the reason for the lack of emotional security among family members. “Regular exposure to family violence is the primary reason for the lack of opportunities for children to observe, learn, and practice healthy responses to stress,” Mr. Chakraborty added further.

Want To Know If Are You Suffering From Anxiety? Use This Free Test To See If You Match The Criteria