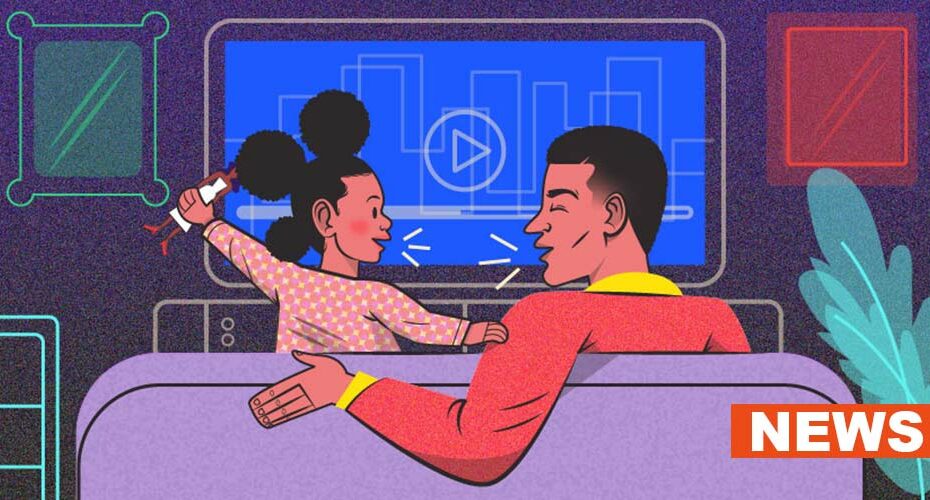 Health News – Study found an association between higher curiosity level in preschoolers and greater frequency of parent conversation while watching TV together and especially for children with socio-economic disadvantages.

Increased television time for young children has been linked with poorer progress in some areas of development. In a recent study, researchers at the University of Michigan evaluated hours of regular television exposure and frequency of parent conversation during screen-time among 1500 preschoolers. They measured early childhood curiosity at kindergarten with the help of parent questionnaires which include characteristics of curiosity.

The study findings showed that television remains a dominant screen activity, accounting for 72% of all screen time, for young children growing up with digital media exposure. According to the research result, average television exposure (one to four hours) was reported in young children, with higher exposure in those coming from lower-income families.

As per the study, the more parents involved in a conversation with young children during TV time, the children were more likely to have higher curiosity levels at kindergarten, specifically those with socio-economic disadvantages.

“We want to better understand what fosters curiosity in early childhood, which could potentially identify ways to help mitigate the achievement gap associated with poverty. Parent-child conversation facilitates children’s thinking, learning, and exploration — all behavioral indicators of curiosity,” said Prachi Shah, lead author of the study published in PLOS ONE.

According to her, excessive media exposure, such as television, can displace exploratory activities like play and parent-child interactions, which are believed to be extremely effective in cultivating curiosity in kids.