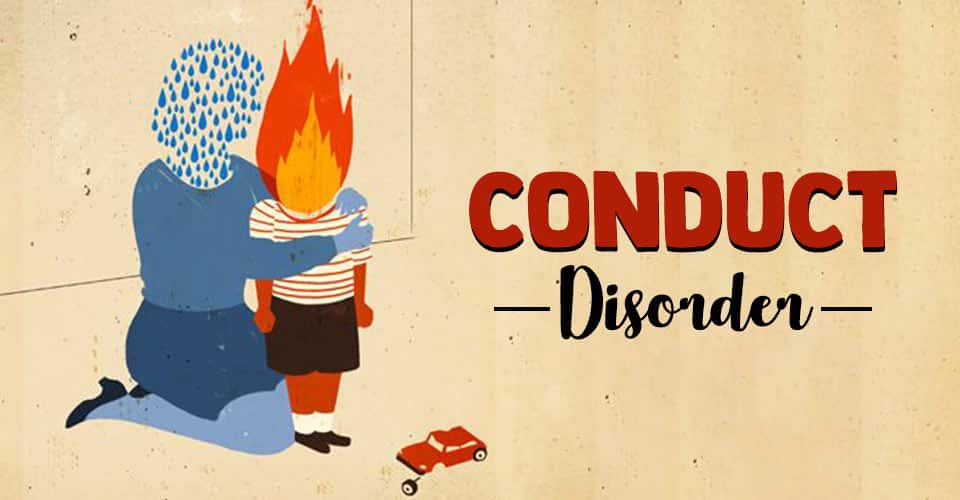 Conduct disorder is a condition where a child or adolescent displays a group of behavioral and emotional problems. These behaviors are often referred to as anti-social behaviors.

What Is Conduct Disorder (CD)?

Conduct disorder is a condition that involves persistent patterns of emotional and behavioral problems in children or adolescents that are not anti-social and aren’t age-appropriate. It refers to a range of persistent and repetitive emotional & behavioral problems in children and adolescents. According to a 2005 research paper 1 violation of social norms and the rights of others is the major characteristic of this disorder. The researchers explain that CD may be expressed through different behavioral patterns, “from the frequent and intense temper tantrums and persistent disobedience of the difficult child to the delinquent’s serious acts of aggression, such as theft, violence and rape.” A recent study 2 claims that conduct disorder “lies on a spectrum of disruptive behavioral disorders.” It is often found to be a precursor to antisocial personality disorder which isn’t diagnosed until the individual is 18 years old.

Further studies 3 have estimated it to affect 51.1 million people globally as of 2013. Research 4 shows that children who fall in this group have higher levels of ADHD symptoms, neuropsychological deficits, more academic problems, increased family dysfunction, and a higher likelihood of aggression and violence. Studies 5 have found that only 25 to 40 percent of youths with this disorder will develop an antisocial personality disorder. A 2009 Study 6 that was conducted to determine the prevalence rate found that 6-16% were found in males and from 2-9% in females in the United States. The Journal of Abnormal Child Psychology 7 found evidence that suggests that 90% of children diagnosed with conduct disorder had a previous diagnosis of oppositional defiant disorder.

Children with this disorder find it extremely difficult to follow rules, respecting the right of others, showing empathy, and behaving in a socially acceptable way. These children usually display antisocial behaviors. Brain damage, child abuse or neglect, genetic vulnerability, school failure, and traumatic life experiences are all factors that can lead to a child developing this disorder. It is not uncommon for children or teens to display behavioral problems at some point in their lives. However, some children are found to display extreme antisocial behaviors that are harmful to them as well as their families.

The anti-social behaviors in a child are considered a conduct disorder when it is long-lasting. Instead of having a mental illness, adults and other children may regard them as “evil” or “delinquent”. If your child is suffering from this disorder, they may appear to be tough and confident. But in reality, they are often insecure and believe that people are being aggressive and threatening towards them. Many children with this disorder may have coexisting conditions such as mood disorders, post-traumatic stress disorder (PTSD), substance abuse, Attention Deficit Hyperactivity Disorder (ADHD), learning, or thinking problems.

There are usually three types of this disorder. They are categorized according to the age at which symptoms of the disorder first occur. Children who are diagnosed with a specific type of disorder are often described as callous and unemotional. The types of CD are as follows:

When indicators of conduct disorder show before the age of ten, it is called childhood onset. Children in this group have greater levels of ADHD symptoms, neuropsychological deficits, academic problems, increased family dysfunction, and increased likelihood of aggression and violence.

This occurs when the signs of conduct disorder appear during the teenage years of a child. Studies 8 have found that the child exhibits less impairment than the childhood onset type and is not characterized by similar pathology. Rebellion against authoritative people and rejection of traditional norms are common behavioral traits.

This usually means the age at which this disorder developed is unknown.

Your child may be suffering from this disorder if they constantly display one or more of the following behaviors:

Destructive Conduct behavior may include:

Violation of Rules may include the following behaviors:

The causes of this disorder are complex and can result from an interaction between multiple biological and psychosocial factors. The causes are laid down as follows:

The severity of symptoms of conduct disorder occurs in three degrees- mild, moderate, and severe.

If the child has mild symptoms, it means that they display limited behavioral problems and it can be managed. Their behavior is relatively harmless. Common issues include lying or staying up after dark without permission.

In the case of a child showing moderate symptoms, they are more likely to display numerous behaviors. This can have a mild to severe impact on others around them. These problems may include stealing or destroying property.

Your child may have severe symptoms when they display excessive issues that are required to be diagnosed and treated. Severe conduct problems can have a harmful impact on the child as well as others. These behaviors may include rape, the use of weapons, or breaking and entering.

The following are the factors that may contribute to developing this disorder:

The child must show symptoms of conduct disorder for at least six months. The behavioral problems may also show significant changes in your child’s life socially or at school.

Therapy can go a long way in helping the child to deal with their issues. It will help them to analyze and evaluate their behavior so that they can change for the better. The approaches that are generally used are as follows:

This therapy involves family interactions in order to detect which situations are triggering this behavior in the child. It helps to improve communication in family members and to resolve conflicts among them. It works towards nurturing change and development so that they can understand where they are going wrong and make amends accordingly. “Family treatment should focus on enhancing cooperation between parents and children and between parents as co-parents and as a couple. Enhancing parent management skills can undermine the use of coercive, punitive, and impulsive interactions in families,” explains a study 10.

This therapy helps teens to change the peer groups that have a negative influence by moving away from them. These sessions can help them to break the negative thought pattern and encourage confidence about their choices. The main motive behind this therapy is to let the child speak about the issues related to their mental health. They usually feel comfortable sharing their issues with the group because all the members have similar kinds of issues.

There are no specific medications to treat this disorder. However, medications may be used to treat other associated disorders such as anxiety or depression.

Recognizing the symptoms early on can go a long way to treat this disorder. However, providing a nurturing and loving environment for your child may work as a preventive measure. In case your child is already showing signs of conduct disorder, it is wise to consult a doctor to devise the correct treatment plan for your child. A combination of group therapy and counseling may be helpful to build a healthy and normal life.

Conduct Disorder At A Glance