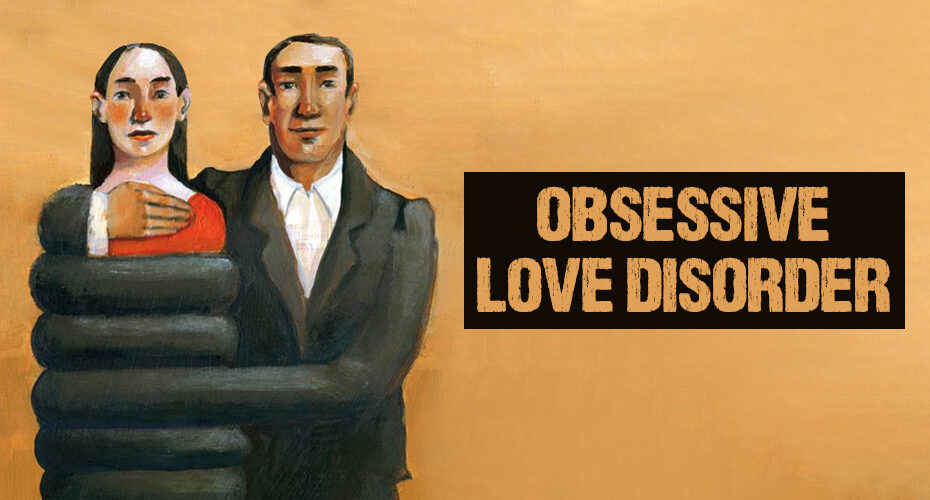 Obsessive love disorder (OLD) is a mental health condition in which an individual overwhelmingly feels an obsessive desire to protect, possess, and control their love interest.

What Is Obsessive Love Disorder?

Obsessive love disorder (OLD) is a condition that occurs as a result of an insecure attachment style. The fact that distinguishes healthy and obsessive love is that in the latter, a person experiences an obsessive urge to possess and control their subject of affection.

It is a mental health condition belonging to the obsessive-compulsive spectrum 1 of disorders and it negatively correlates with romantic/ sexual intimacy, relationship satisfaction, and self-disclosure.

The theory of obsessive love and its clinical equivalent is thought to originate from Austrian psychiatrist Sigmund Freud’s theory of seduction and obsessional neurosis 2 in the early 20th century. It was built on by the school of Jungian or Analytical psychology and by French literary theorist Marcel Proust 3 in his 1910s work In Search of Lost Time.

Obsessive love disorder is an unrecognized mental health disorder in psychiatric manuals like the American Psychological Association’s Diagnostic and Statistical Manual of Mental Disorders (DSM) or the WHO’s International Classification of Diseases (ICD).

Many experts even argue that it is not a disorder in itself but can give origin to multiple mental disorders. Nonetheless, popular clinical practice shows frequent instances of diagnosis of OLD.

Given below are some qualities  4 of obsessive love that you might want to look out for:

Research suggests the following reasons why a person may develop obsessive love disorder:

Studies have also established a strong relationship between obsessive love and anxious and avoidant attachment styles 6 that people may develop during their childhood. These mainly occur when caregivers are unable to satisfy the needs of their children.

Certain social and cultural norms may also be the reason for obsessive love habits to develop over time. Specifically, in heterosexual relationships that adhere to patriarchal norms and notions of toxic masculinity, the male partner is often expected to exert control over the female.

Exposure to such an unequal or abusive partner dynamic while growing up can make a person mistake obsessive love for healthy love.

Obsessive love disorder can stem from certain temperament and character traits 7 such as:

The personality trait of neuroticism 8 has also been seen to be positively associated with obsessive, possessive, and ‘manic’ love.

Obsessive love disorder is not officially recognized by psychiatric manuals; however, its prevalence has been well documented in research.

Since the symptoms of obsessive love disorder coincide with several other mental health conditions, it is not diagnosed by professionals as an independent disorder.

Nevertheless, in a clinical setting, a mental health professional (MHP) would first take a detailed history of your symptoms along with your family history while ruling out the possibility of other health conditions before proceeding to chalk out the most suitable treatment plan for your condition.

There are no assessments specifically designed for obsessive love disorder but certain scales such as the Relationship Obsessive Compulsive Disorder Inventory 9 may be used by clinicians to better understand the symptoms.

There are several ways to address obsessive love symptoms. Treatment usually depends on how the symptoms present themselves and possible underlying factors.

A number of therapies can be useful in managing obsessive love disorder. These include:

Experts suggest that pathological love styles are maintained due to faulty thinking patterns, such as the belief that your partner will leave you if you are not possessive. Cognitive-behavioral therapy can help change such patterns in people suffering from obsessive love disorder and reorient them to engage in healthier behaviors and coping mechanisms.

Dialectical-behavioral therapy was originally introduced as a treatment for borderline personality disorder but is now widely used for other related conditions involving partner-directed violent and controlling behavior. In a person with obsessive love disorder, DBT can help regulate emotions in a better manner.

Obsession with a love interest, according to psychodynamic theories, can arise due to the absence or inadequate presence of an “object” of attachment 10 in the early years of one’s development. Short-term psychodynamic therapies have proven to be quite successful in discovering probable childhood roots to such maladaptive behavior.

Generally, medication is not the first treatment of choice for obsessive love disorder. However, if the condition is due to severe underlying personality disorders, pharmacotherapy may prove more useful.

Although there is no go-to recipe on how to get rid of obsessive love, you may consider the following measures to cope with obsessive love disorder:

Obsessive love disorder (OLD) is a serious mental health condition that can negatively impact your normal functioning, social relationships, and overall quality of life. If left unaddressed, it can severely strain relationships with your partner or loved ones 11.