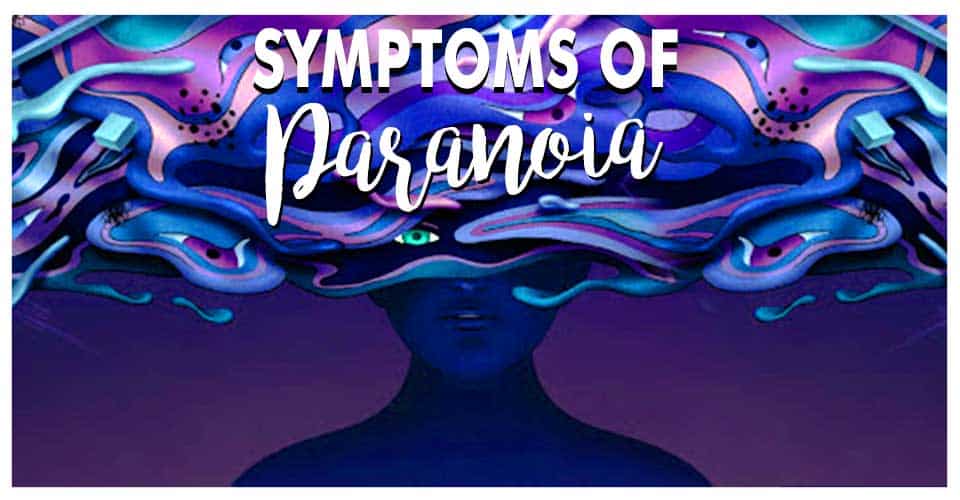 Paranoia is a distorted thought process which causes delusion, mistrust and unrealistic suspicion, driven by fear and anxiety. Understanding paranoia symptoms can enable someone to seek the right treatment and start the recovery process.

How Paranoia Affects Us?

Paranoia is an instinctive thinking pattern that leads to delusional beliefs and suspicions which are not based in facts or reality. Sufferers tend to believe that they are being spied on or watched by the government or other forces or that someone intends to harm them. The condition can be mild or severe and may cause considerable psychological distress. This can also affect the behavior and actions of the individual and make them suspicious or aggressive towards other people. They may even socially isolate themselves which can affect their education, career, interpersonal relationships and personal life.

Moreover, paranoia symptoms can also affect a person’s social reputation as their social acquaintances and friends may avoid them due to their irrational behavior. Unfortunately, this can further solidify the sufferer’s delusions and irrational beliefs.

Paranoid individuals tend to stay in a state of persistent suspicion and have a strong mistrust for others. They are always worried that someone is trying to trick them, steal from them, lying about them, cause physical harm or even murder them. The experts at Mind Help explain that “signs of paranoid thoughts and beliefs primarily involve irrational and serious suspicion or distrust of others, leading to severe feelings of anxiety, fear, betrayal and even anger.”

Paranoia symptoms like constant stress, fear, anxiety and distrust of others can not only affect interpersonal relationships, but it can also affect the person’s employment and social interactions. Paranoia can often prevent people from working honestly with others and make them feel detached. They are also prone to believing that they are special and have a unique purpose that is unacknowledged, unrecognized or jeopardized by others. They also minutely observe how others interact with them, especially their body language and tone of voice. They may also openly doubt someone’s motivations and actions as they are exceptionally confident about their knowledge and beliefs.

However, the symptoms can be more intense and persistent in individuals with other psychiatric disorders like schizophrenia, bipolar disorder, paranoid personality disorder etc. For them, the experience can be highly distressing, unbearable and even harmful.

According to a 2016 study 1 , the key positive symptom of paranoia is chronic delusions. However, the study explains that the condition “is largely defined by not having particular features of schizophrenia: bizarre delusions, hallucinations, cognitive disorganization, negative symptoms and psychosocial deterioration.” Although most of us tend to have some paranoid beliefs at times, people with this thought process experience a more constant state of unfounded and irrational distrust and delusions.

The condition can manifest itself in various forms. Some of the common paranoia symptoms and signs may include the following:

Also known as a delusion of reference, these are false beliefs that certain irrelevant or random details, instances or occurrences around the world are directly related to an individual. It can make a person falsely believe that their thoughts, behaviors, presence or actions are the primary cause for some significant occurrences. Ideas of reference make someone believe that they are more important than in reality and strongly believe that certain things directly refer to them even when existing evidence may point otherwise.

“Ideas of reference (IRs) are a type of PLE (psychotic-like experiences). They are self-attributions about what happens in one’s surroundings, mainly social, in which unimportant stimuli (gestures, looks, comments), are interpreted as directed at oneself,” explains a 2019 study 2 . They believe that hidden messages are being delivered to them through the news, TV, or even the internet. This is one of the most common paranoia symptoms.

A form of grandiose delusions, this makes a person believe that they are highly important and they serve a special purpose in the world even though their role may not be acknowledged or recognized yet. They may even believe that others scheme and attempt to thwart them. This can also be considered as a form of illusory superiority, which is a cognitive bias that makes us overestimate our own abilities and qualities.

One of the most prominent paranoia symptoms is overthinking every single interaction a person has to look for any hidden or special meaning in the conversations. They can even try to infer if there are any hidden messages in others’ non-verbal communication, like body language, eye contact, gestures etc. Paranoid people may also analyze the tone of voice, choice or words, specific behavior, the way someone looks at them and other specific aspects of interactions, even with strangers, to find special meaning even when there are none in reality. Studies 3 have found that rumination is associated with stress and is considered to be a heightened response to stressful situations in life.

Paranoid people tend to be highly suspicious 4 of others’ actions and motives. They can either suspect someone secretly or be outspoken about their distrust towards them. They tend to wonder why someone did or didn’t do something and how it may be directed towards harming them. According to a 2007 study 5 , “anxiety affects the content, distress and persistence of paranoia. In the majority of cases paranoia does not serve a defensive function, but instead builds on interpersonal concerns conscious to the person.”

Distrust 6 is one of the most common paranoia symptoms that can make the sufferer have exaggerated and irrational trust issues with not just strangers, but also with coworkers, acquaintances, friends and family members. According to a 2015 study 7 , unrealistic trust issues with loved ones can strain relationships and lead to isolation for the sufferer. The researchers explain “for anxiously attached individuals, distrust has cascading effects on relationship cognitions and behavior.”

Also known as attributional bias 8 , it is a type of cognitive bias that involves structured human errors made by us while analyzing our own or others’ behaviors. Paranoid individuals tend to have a biased and distorted perception of reality. Hence, they are prone to making inaccurate attributions, assumptions and judgements about accidental behaviors of others and consider it threatening. Due to their biased interpretations of their social environment, they tend to hold certain false hostile beliefs. A 2009 study 9 explains “Attributional biases, in particular a tendency to blame other people for negative events, have been reported among people with persecutory delusions and in people in the general population with subclinical paranoia.”

These are some of the common ways paranoia manifests in most sufferers. It can make them feel that some individuals or force is trying to “get them”. However, apart from these, there may be many other symptoms of paranoia that one needs to be aware of.

Paranoia symptoms can include a wide array of signs that can result in feelings of stress, anxiety and fear. Common behaviors tend to include difficulty with trusting loved ones, difficulty with forgiveness, aggressive behavior, defensive attitude, false beliefs about hidden harmful intentions, fear of threat or danger and an incapability to relax. Here are some of the most common symptoms of this thought disorder:

Recognizing paranoia symptoms is the first step to overcoming the condition. Once you have identified the symptoms in yourself or in a loved one, you can seek or encourage your loved one to seek medical attention. Consulting a mental health professional, like a psychiatrist, psychologist or a therapist will help you develop the right treatment plan and start your journey towards recovery. Although the treatment process may be time-consuming, prognosis for paranoia is mostly positive.