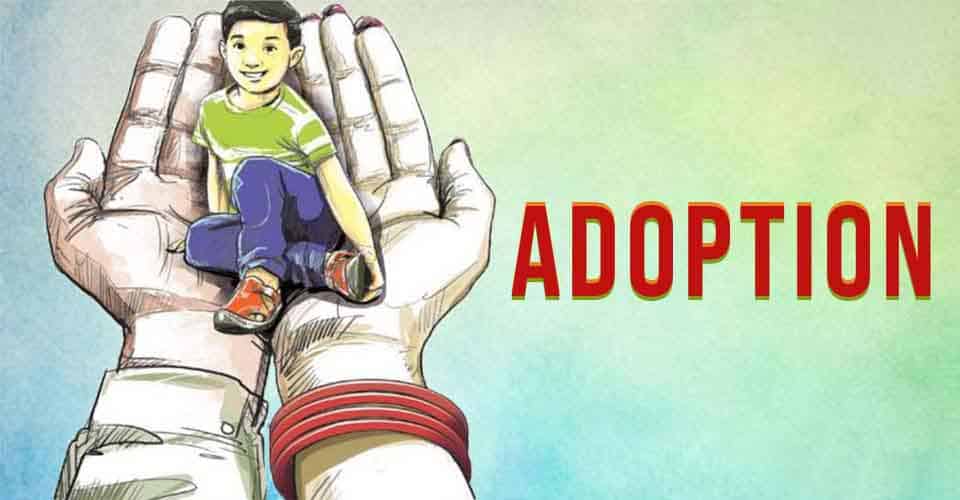 Adoption refers to a legal and social process that permanently transfers all the parental rights and responsibilities from the child’s birth parents to the adoptive parents. All the emotional, legal, financial, social, and kinship benefits of biological children are provided to the adopted ones.

The process of adopting someone allows an individual to act as the parent of a person, typically a child or adolescent, with another biological parent. It is mainly a legal procedure that allows the foster parent(s) to take the rights and responsibilities of the child from the biological parent(s). “Adoption, a way of providing a child with a substitute family, generates strong feelings and has always been influenced by social change,” explains researchers 1 . However, it is not always about a legal process of permanently transferring the parental rights, but it is a way of providing security, permanency, and love of a new family when it is not possible for the child to be with his/her birth parents. The concept of legally adopting someone is not similar to guardianship or any other legal system specially designed for the care of the young as the other systems do not provide full parental responsibility for the child.

In simple terms, the practice of adopting can be defined by a social, emotional, and legal process that allows children who are not raised by their birth parents, to become permanent legal members of another family. This complete process happens to the children only by maintaining genetic and psychological connections with their biological family. The process has many facets and impacts people in different ways depending on their roles and perspectives. The idea of legally adopting a child requires societal recognition and is intended to affect a permanent change in status, either through legal or religious sanction. A 2014 research paper 2 suggests that each pathway of legally adopting a child presents distinctive developmental opportunities and challenges. This study adds, “Children join adoptive families through domestic adoption from the public child welfare system, infant adoption through private agencies, and international adoption.”

According to a 2006 study 3 , the emphasis on the practice of adopting children has shifted from helping families find children to finding safe and permanent families for children. Historically, several societies have prescribed specific significant laws governing the process of adopting a child, while others enacted less formal means. However, the modern systems that are arising from the 20th century tend to be governed by comprehensive regulations and statutes.

Since ancient times, children have been transferred from the parents, who could not take their responsibilities, to adults who wanted them for love, care, labor, and property. The close association between the process of adopting children and mobility or infertility is a uniquely modern phenomenon. A 2001 research paper 4 suggests that in the western tradition, one of the earliest processes of adopting someone was that of the prophet Moses, rescued by the daughter of Pharaoh, a rich and possibly single parent. This study considers the process to provide a child with a substitute family that generates a strong feeling and has always been influenced by social changes. The process became legal in the United Kingdom in 1926. It became primarily about finding babies for childless couples for the next 50 years. By 1970, with effective contraception, certain important events such as legislation of abortion, acceptance of single parents, and better welfare benefits contribute hugely to producing a dramatic drop in the number of children available for it.

A 2014 study 5 has shown that adoptive family dyads have lower relationship qualities while non-adoptive families have higher quality and over time, similar events occurred for both family types. This study reports that adoptees face unique additional challenges during the process such as communicativeness, integration of status, information seeking, and relationship with the biological parents.

The process begins when a pregnant woman or a couple decides that they are unable to raise their unborn child. It also happens when a childless couple wants to take the parental responsibilities of an orphan child. The process involves certain different types depending on the effect on the biological parents and the adoptive parents. The types differ depending on the location of both parties also. Here are the most common types:

A 2003 research paper 6 says that this practice involves anything from sharing non-identifying information through an intermediary to regular face-to-face communication and contact between the adopted children, the adoptees, and the biological parents. They stay connected through sharing pictures, letters, communicating through phone and video calls, or even intermediary contact among both parties. In this type, the adopted children can access the records related to their adoption, but the access can only be granted if they are in their adolescence. Another feature is that the biological parents can meet and decide which couple should adopt their baby.

The semi-open process, also known as mediated process, doesn’t involve any direct communication between the biological parents and the adoptive parents. It is quite similar to the open process, but the children cannot have any physical contact with their biological mother after being legally adopted. However, the mother is permitted to receive letters and photographs from the adoptive parents or through the agency she is registered with. This continues until the adopted children reach adulthood.

A 2009 study 7 suggests that this secretive or closed practice is conceived to protect all three parties of the triad- the birth parents, the adoptive parents, and the child. After the process, the records get sealed. This closed process can occur by choice or according to the respective laws in the country. Most closed processes permit the sharing of extremely relevant information like any medical report. But some processes restrict communication between the families. This also happens when the child is rescued from an abusive or unhealthy environment.

This kind of process happens within the family itself. If the biological parents die, get married to someone else, or are not capable of raising their children, a member of the family may legally adopt the children. The children can be legally adopted even by a step-parent. The significant benefit of this process is that the children are not completely uprooted from their culture and environment. Research 8 says that the intra-family practice represents a culturally and religiously acceptable pathway to family formation for couples without any assisted reproductive technologies.

This process is about the adoption happens within the country. When both the adoptive and biological parents live in the same country, the adoptive parents may register with any government agency and adopt a child. The personal details are strictly checked and certified by an investigation officer to proceed with the further process. A recent 2020 research paper 9 explains, “Domestic practice may provide protective effects in relation to internalizing problems but may not be as protective in relation to externalizing outcomes.”

It refers to adopting a child from outside the country. Though all countries don’t permit this kind of process, the countries that allow it may have extremely strict rules and regulations governing the process. The international process of adopting a child takes longer than that for domestic adoption. A 2015 study 10 has estimated that the international process involves more than 30,000 children a year worldwide. This study further added that France is one of the four countries receiving the largest number of internationally adopted children, after the United States.

Each developed nation and state has its own rules and legislation for adopting children. Different nations and states specify different minimum age requirements for a person before they can adopt a child. There are also certain specific age requirements such as how much older the adopted parents need to be. For adopting a child from another country, one needs to be first approved by their state or territory government. The application will be sent to the nominated overseas country for their approval. If the application gets approved, the adoptive couple will be sent for a placement proposal. After that, the couple needs to go to the overseas country to collect their child and accomplish all the formal paperwork. The United States has a long history of this practice. The Federal legislation 11 sets the framework for the practice in the United States and the states pass significant laws to comply with the Federal requirements. However, the practice is primarily regulated by state laws. This section provides resources on adoption law and legal issues.

A 2001 research paper 12 says that children usually develop a positive sense of identity, self-concept, self-esteem and psychological well-being during their grown-up period. In simple terms, they learn to be comfortable with themselves. According to this study, adoption may cause complex childhood issues such as attachment and self-image loss as the adopted children must be in terms with and integrate both their biological and adoptive parents. Adopting infants may affect the children throughout their lives. Children who are adopted at an older age understand the practice during the different developmental stages. “Those who have experienced trauma or neglect may remember such experiences, which further complicates their self-image.”, add the researchers. Every adopted child grieves the loss of their biological family, their heritage, and culture to some extent.

A 2013 study 13 explains that adopted children tend to have a higher risk than the general population for problems with adaptation, including externalizing, internalizing, and attention problems. This study shows that the experience of stress, whether postnatal or prenatal or during the transition, can have certain significant impacts on the development of the brain, physical growth, social, emotional, and cognitive development, and even sleep patterns.

The practice of adopting a child by a same-sex couple is legal in 26 countries and certain sub-national territories. The concept of step-child adoption is considered one of the significant forms of LGBT adoption. In this process, one partner of the same-sex couple adopts the biological child of the other partner. A 2014 study 14 reported that American children living within same-sex parent households are as similar as children living with heterosexual parents over a wide array of well-being measures such as academic performance, social and cognitive development, early sexual activity, psychological health, and substance abuse. The only differences that occur in the child’s well-being are largely influenced by socioeconomic circumstances and family stability.

Adoption is considered the act of establishing yourself as a parent to the one who is not your own child. The practice is widely recognized as an almost worldwide institution with various historical roots traceable to antiquity. Laws differ considerably in the matter of inheritance. But as a general rule, the child may inherit from the adoptive parents. However, inheritance from the child’s biological parents is increasingly prohibited except for the very few cases by step-parents.

Adoption At A Glance