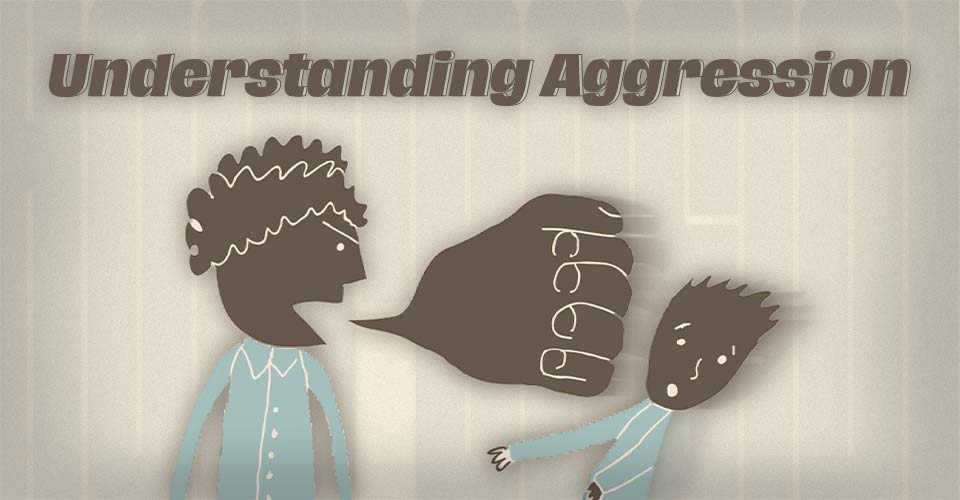 Aggression is characterized by anger or violent feelings along with harmful social interaction and an intention of inflicting damage to others.

Aggression is an intentional or unintentional expression of anger or rage that involves physical and emotional harming of oneself or others. In some instances, aggression can be a normal response to threats or violence. It can be expressed in a variety of forms either physically or verbally. According to a study 1 , “Aggression is any behavior, including verbal events, which involves attacking another person, animal, or object with the intent of harming the target. Similarly, violence is intentionally using physical force to hurt, damage, or kill someone or something.” Occasional display of aggressive behavior as a response to an unforeseen event may be considered normal in some circumstances. Experts believe that aggression arises out of frustration, which can be described as an unpleasant emotion resulting from interference with achieving a goal.

Aggression and violence are still central, clinical, public health, and safety issues worldwide. It is important to take into account that abnormal aggressive behavior is a symptom of a wide range of psychiatric and neurological diseases. A 2013 study 2 found the prevalence rate of physical, verbal, and relational aggression was 9.9%, 6.3%, and 1.6% respectively.

This condition can have negative effects on an individual. Aggressive behavior displays a violation of social boundaries. In extreme cases, it can even lead to legal proceedings. The individual may experience irritation or restlessness that tends to make them feel impulsive. Some individuals with this condition may even fail to realize which behaviors are socially appropriate. For instance, they may engage in aggressive behavior to take revenge or provoke someone without realizing its consequences. In some settings, it can involve bodily harm such as biting, hitting, or pushing. However, most conflicts are resolved by threat displays and intimidating thrusts that cause no physical harm. Experts argue that the causes of the condition can be due to biological, psychological, or socioeconomic factors.

A 2017 study 3 found that some patients exhibiting abnormal aggression, engage in such behavior because they find violence rewarding. However, others may do so due to inappropriate emotional reactivity to perceived social threats and poor impulse control. According to research 4 , the manifestation of violence and aggression depend on certain intrinsic and extrinsic factors, such as –

Aggression At A Glance

Experts believe that there are multiple forms of aggressive behaviors expressed either intentionally or non-intentionally. They are:

This type is a non-intentional form and usually occurs as a result of carelessness. It is mostly seen in children and can occur when they are playing or if an individual is in a hurry. For instance, a person running to get a taxi may run into someone or knock over a child.

This act is intentional but is not meant to cause any physical or emotional harm. For instance, a child who throws toys or books is demonstrating expressive aggressive behavior. Although this behavior can be frustrating to a parent, it is not done to cause any harm.

This type is intentional and is meant to cause physical or psychological harm. Some of the hostile forms are bullying, malicious gossiping, or rumor spreading. Reactive aggression 5 , which is also a form of hostile aggression occurs as a result of provocation. It is usually characterized by high emotional reactivity.

This type can arise as a result of conflict over objects or when one’s rights are in question. It is also known as predatory aggression. This is often carefully planned and is usually used to satisfy a larger goal. For instance, a student who wants to sit at a particular table may retaliate if someone else sat on it. They may do so by knocking over the individual’s belongings from the desk. Hurting another person in a robbery is also an example of this type.

This is also known as impulsive aggression and is usually characterized by intense anger. This form is usually unplanned and tends to occur in the heat of the moment. For instance, when someone yells at an employee at the mall because they can’t seem to get them the right piece is a form of impulsive aggression. Research 6 suggests that this form is caused by anger and it usually triggers the acute threat response system in the brain that involves the amygdala, hypothalamus, and periaqueductal gray (PAG).

Aggression can be demonstrated in various ways. Some of them include:

Physical aggression can be defined as the behavior that involves physically harming others. A 2006 study 7 suggests that the frequency of using this form increases during the first 30 to 42 months after the birth of a child and then decreases steadily. This form can also be shown against objects such as slamming the door or throwing objects.

Verbal aggression can be defined as the behavior that involves being verbally abusive to others. This form is similar to bullying, except for physical aggression. It includes being angry, screaming loudly, or giving verbal threats. It can develop due to frustration, social learning, psychopathology, or the inability to deal with an issue. In romantic relationships, research 8 findings have shown a negative correlation between commitment, destructive confrontation and communicative acts of abuse. Happily married couples are more likely to resolve disputes without the use of verbally aggressive messages.

This can be defined as the behavior wherein the individual gives only a small amount of thought and acts out of emotional losses or impulsive emotions. For instance, a jealous lover flipping out when their partner speaks to someone of the opposite gender or a sports fan breaking the TV because their favorite team lost the game.

A 2005 study 9 pointed out that children are also found to act aggressively in some circumstances. These can include poor relationship skills, underlying health issues, or stress and frustration. Some children also tend to imitate aggressive behavior from what they have observed. It can be from television or in their daily lives. Children also tend to lash out aggressively out of fear. It is more common for children with schizophrenia, paranoia, or other conditions. In the case of bipolar disorder, they may act aggressively during the manic episode.

Children also act aggressively when they are irritated or find it difficult to cope with emotions. This is more common in children with autism spectrum disorder or cognitive impairments. It occurs due to their inability to express their emotions. Children with Attention Deficit Hyperactivity Disorder (ADHD) may also display signs of aggression. They tend to become impulsive and engage in socially unacceptable behaviors.

Signs And Symptoms Of Aggression

The signs and symptoms may vary depending on the underlying disease, disorder, or condition. The symptoms may be a combination of psychological, cognitive, and physical factors.

The psychological and cognitive symptoms include:

This may also be associated with physical symptoms. They include:

The specific cause of this condition is unknown. Some experts believe that abnormal brain chemistry or structural changes may play a significant role in developing this condition. However, it is commonly found as a symptom of diseases, disorders, or conditions.

Environmental factors such as how a person is raised play a significant role in developing this condition. A 2016 study 13 found that domestic violence is one of the most important factors for developing this condition. Children who grow up in an aggressive environment are more likely to believe that such extreme forms of violence and hostility are socially acceptable. For instance, an experiment 14 was conducted to understand how observation can play a role in aggressive behavior. Psychologist Bandura’s famous bobo doll experiment demonstrated how aggression was a learned behavior. Children watched a video clip of an adult model behaving aggressively towards a boho doll. They were found to imitate the aggressive behavior displayed in the video clip.

A report 15 found that aggression may be caused by a number of psychiatric or cognitive disorders that include:

Aggression may also be a symptom of a serious life-threatening condition. They include:

Other causes of this condition may include:

Since it can occur due to serious illnesses, failure to seek treatment can lead to serious complications and permanent damage. Hence, it is important to diagnose the underlying condition associated with aggressive behavior in order to treat the symptoms effectively. Once diagnosed the doctor will devise a treatment plan that will attempt at reducing the aggressive behavior in the patient. The potential complications associated with this condition are:

This therapy involves analyzing and understanding the thoughts and patterns that are triggering aggressive behavior. Once identified these thoughts and patterns are altered with positive ones to attain the desired acceptable behavior. Cognitive Behavioral Therapy also helps to develop coping mechanisms to better channel the thoughts and feelings that are associated with violent behavior. The patient is also taught to assess the consequences of their behavior. A 2018 study 16 showed promising results in treating patients with aggression who suffered traumatic brain injuries.

Psychodynamic therapy involves understanding the patterns and emotions related to aggressive behavior in order to gain insight into the current behavior. This therapy attempts to understand the emotions behind resorting to violence and aggressive behavior. The therapists then encourage the patient to become conscious of their vulnerable feelings that are triggering their aggression. Some of these emotions or feelings may include shame, humiliation, or fear that are expressed through aggressive and violent behavior. Although research 17 is still in progress, psychodynamic therapy showed evidence of treating patients with aggressive behaviors and the underlying conditions associated with it.

There are no medications prescribed by the Food and Drug Administration (FDA) to treat aggression. However, doctors may prescribe medications for treating underlying conditions. Antidepressants or anti-anxiety medications may be prescribed to treat symptoms of depression and anxiety. In the case of schizophrenia, anti-epileptic medications (AEDs) such as phenytoin and carbamazepine may be prescribed. For excess aggressive behavior or in case of manic disorders, mood stabilizers are also prescribed to keep the symptoms at bay. A 2009 study 18 found strong evidence of efficacy in impulsive aggression from randomized controlled trials with AEDs.

It is important to treat this so that it doesn’t develop into any violent acts. Recovery is possible with therapy and medications. The primary goal of treatment is to address the underlying conditions associated with aggressive behavior. The doctor will devise a treatment plan based on the symptoms of the condition. Abnormal aggressive behavior rarely occurs unless there is any underlying reason involved. Hence, it is important to seek professional help to conclude a diagnosis. 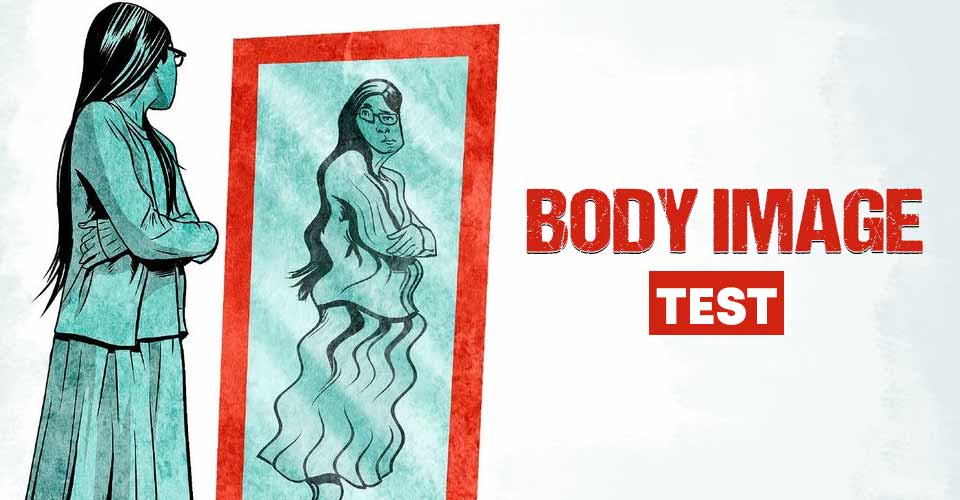