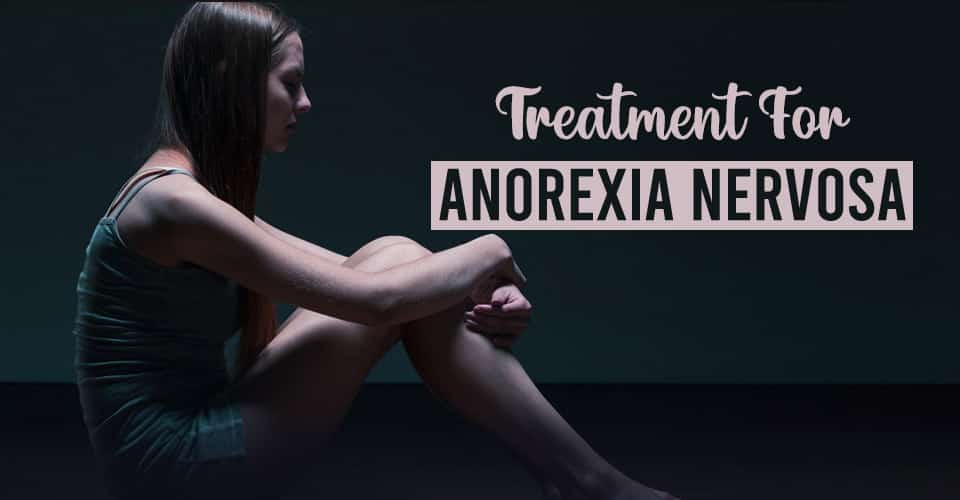 Anorexia Nervosa is a life-threatening eating disorder characterized by self-starvation and an intense fear of gaining weight. This disorder is often diagnosed when a person weighs at least 15% less than their ideal weight. The term “anorexia” means “loss of appetite”.

Anorexia Nervosa And The “Ideal Weight”

Most people with anorexia nervosa restrict their food intake in order to prevent weight gain. They tend to control their calorie intake by vomiting right after eating or using laxatives, diet aids, or herbal products. Excessive exercising is also a known trait of people with anorexia. They eat an extremely low-calorie diet due to their excessive fear of gaining weight. People with this condition are often hungry but refuse to intake food in order to maintain their “ideal weight”. A 2006 study 1 found this disorder to be the highest mortality of any psychiatric disorder. Studies 2 found that the prevalence rate of this disorder is about 0.3%. A 2014 study 3 confirmed that it is the most common chronic condition among teens. This condition is more common in females than in males.

The Primary Goals Of Treatment

The primary goal of treatment is to restore the bodyweight of the individual and adopt healthy eating habits to avoid any severe illness. The core treatment goals of this disorder are as follows:

The main form of treatment is a combination of therapy and medications. A 2001 study 4 demonstrated a full recovery even after 21 years of chronic severe anorexia nervosa. There are several treatment methods for Anorexia nervosa that are adopted to help ease the symptoms of the condition. They include:

CBT may be done in groups or individually. Cognitive behavioral therapy involves the identification of negative thoughts and patterns that govern unhealthy eating behavior. These unhealthy thoughts are then replaced by positive ones to reach the desired goal of eating healthy. The therapist also helps the patient to develop healthy coping strategies to manage the symptoms of the disorder. The goal of this form of therapy is to understand the underlying issues that are triggering unhealthy eating behaviors.

This also includes addressing the traumatic experiences that cause them to resort to such extreme eating behaviours. A 2008 study 6 reported cognitive behavioural therapy as an effective form of treatment for Anorexia Nervosa and other forms of eating disorders.

Family therapy is often used to improve communication and resolve conflicts among family members. Family therapy can be helpful for the treatment of Anorexia nervosa since family members can help keep track of their eating habits and lifestyle. A study 7 showed significant improvements in the behavior of the patient when therapy with family members was involved. Family members can also benefit from this therapy since the therapist also develops coping strategies on how to deal with the individual experiencing this condition. This therapy also helps to bring a family closer together by addressing their unresolved conflicts.

Group therapy usually involves several individuals coming together as a group to address similar issues and helping each other develop coping strategies to manage the symptoms. A psychiatrist or a therapist may also be involved in group therapy sessions. Group therapy also helps to develop socialization techniques. However, a report 8 suggested little evidence that group therapy being beneficial to patients with anorexia.

The following types of medications have been tested and found effective for the treatment of eating disorders:

Evidence 9 suggests that fluoxetine may be beneficial in relapse prevention after restoring weight. A 2004 study 10 also found Cyproheptadine has shown significant benefits in relapse prevention. Antidepressants may be prescribed to treat comorbid conditions such as depression or anxiety. However, it is important to understand that medications cannot diminish the intense desire to lose weight.

Emergency care or hospitalization may be required in extreme cases such as dehydration, malnutrition, kidney failure, or an irregular heartbeat. Some people are hospitalized due to the severity of their weight loss practices. Binging and vomiting in low weight can greatly increase mortality when compared to restrictive starvation diets. A 2005 study 11 reported the annual mortality for Anorexia Nervosa was 5.10 deaths per 1000 person-years, out of which 1.3 resulted from suicide. If the patient doesn’t receive the proper care they are at high risk of irreversible damage that involves acute illness, immune function, cardiovascular function, fertility, or bone density. Reports 12 found an increased incidence of hospitalization rates for people with anorexia nervosa.

The Road To Recovery

Anorexia nervosa is often found to be a lifelong challenge for some people. However, it is possible to recover from this condition by adopting therapy and medication. The treatment of anorexia nervosa is found to be successful in most cases. But relapses are also common among patients. The patient must follow a nutritious diet that ensures the necessary daily calorie, vitamin, and protein intake. A dietician may also prove helpful in developing a wholesome diet.

How To Improve Brain Health