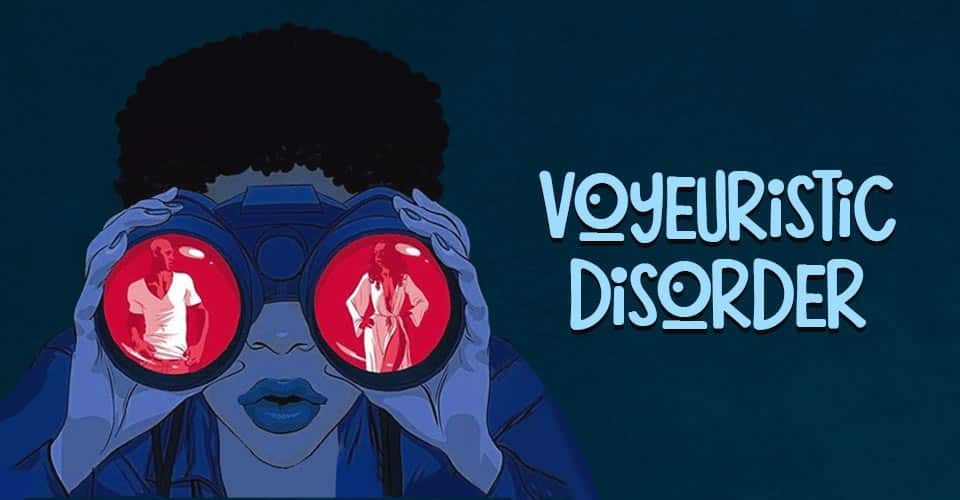 Voyeuristic disorder is a condition wherein a person displays an extreme sexual interest in watching other people in their intimate moments such as during undressing, intercourse, or any other private action.

What Is Voyeuristic Disorder?

Voyeuristic disorder is a paraphilic disorder 1, characterized by intense sexual gratification in watching or observing other people engage in sexual intercourse, undressing, or any other form of intimacy without their consent.

The Diagnostic and Statistical Manual of Mental Disorders (DSM-5) defines 2 this disorder as “urges to observe an unsuspecting person who is naked, undressing or engaging in sexual activities or in activities deemed to be of private nature.” It usually begins in adolescence or early adulthood.

The term comes from the French word “voir” meaning “to see”. Experts believe that this behavior is illegal, immoral, and undesirable and it causes distress to someone else.

However, it is neither a disorder nor an expression of an underlying mental disorder—unless a person becomes too consumed and distressed by voyeuristic thoughts and cannot function or act normally because of his/her fantasies. According to the International Classification of Diseases (ICD-10), it is described as a “disorder of sexual preference.”

For diagnosing voyeuristic disorder, its symptoms must persist over a period of six months and the individual concerned must be over the age of 18 years. The diagnostic criteria laid down by the DSM-5 can be applied to individuals who accept or deny their paraphilic interests. But, the diagnosis 2 of voyeuristic disorder becomes easier when the sufferers disclose their condition and report their emotional, social, or psychological impairment at the earliest.

People suffering from the condition find sexual pleasure in observing or watching someone in an intimate moment, such as when they are naked, undressed, or engaged in sexual activities. They often go unnoticed since the receiving party is unaware that they are being observed.

The individual with this disorder experiences intense sexual gratification by observing unsuspecting and vulnerable people during their private affairs. It is worth mentioning that not everyone who has voyeuristic tendencies has a voyeuristic disorder.

This condition becomes a disorder when the urges and fantasies cause significant distress or hindrance in different areas of functioning. In such cases, it is important to learn about this condition, recognize when it becomes a problem, and understand how to overcome it responsibly without violating people’s privacy.

If you are on the receiving end of someone watching you, do not hesitate to call the police. It is not advisable to entertain the person who is ‘engaging’ with you without your consent. This behavior is also considered a criminal offense and if caught, the individual can face a prison sentence or a hefty fine.

Studies 3 find voyeuristic disorder is prevalent in 12% of males and 4% of females across the globe.

On the other hand, voyeurism turns into a serious voyeuristic disorder when these sexual fantasies cause significant distress to the individuals and impair their social, occupational, and other areas of functioning. It may even be distressing for others as well.

If a person gets sexually aroused by thinking or watching someone undress or have sex, they may have voyeuristic interests 5.

However, these interests are problematic when they take actions that violate a person’s right to consent or privacy. It is a matter of medical concern when a person cannot control his/her voyeuristic urges.

The common voyeuristic disorder symptoms are as follows:

The exact causes of voyeuristic disorder are unknown. However, this condition is associated with several risk factors that fuel behavioral and conduct disorders linked to sexual arousal or urges.

Experts, researching into voyeuristic disorder causes, believe that his disorder originates from accidentally seeing someone naked or undressed, or participating in sexual activity. This further triggers the individuals suffering from voyeuristic disorders to further participate in these activities to the point where it is not considered acceptable or ‘normal’.

Adult males with voyeuristic disorder first become aware of their sexual interests in secretly watching unsuspecting persons in their intimate moments during adolescence. However, people with voyeuristic tendencies are terrified of getting caught or admitting that they have the condition.

Other factors that contribute to voyeuristic disorder risks include:

Some people with voyeuristic interests refuse to engage in behaviors that may harm someone else. Hence, they redirect their interests in other ways without violating anyone’s consent or privacy. These include:

If the person prefers a more hands-on action, he/she can try role-playing with consenting partners. In such cases, it is possible to set up any number of scenarios that may interest the individual, including watching from a distance or video recording. It is important to keep in mind that the individuals involved should consent to the role-playing act.

Moreover, individuals and couples can avail the services of sex-positive communities or organizations that invite people in groups or one-on-one settings to engage in sexual exploration.

There are several comorbid conditions associated with this disorder, including:

If an individual is worried about his/her overwhelming voyeuristic behavior, it is important to seek medical attention. Voyeuristic disorder can only be diagnosed by a licensed medical or mental health professional.

The mental health professional may ask a series of questions about the patient’s sexual history, sex life, and medical history and plan the diagnosis and treatment process based on the revelations.

The DSM-5 has laid down the diagnostic criteria for voyeuristic disorder:

Voyeuristic disorder isn’t diagnosed in teenagers or children, as harboring a sense of curiosity and fascination about bodies and sexual activities are considered a normal aspect of growing up.

However, individuals who are above the age of 18 and appear to be exhibiting conduct disorders that violate the privacy of people around them should be diagnosed.

How To Treat Voyeuristic Disorder

The first step toward healing is to recognize and acknowledge that a person’s voyeuristic interests amount to a disorder. It’s often hard for people to realize paraphilic disorders since they are not aware of their behavior, so it is important to pay attention to such behaviors. A parent, spouse, friend, or legal authority may be the first one to recognize the disorder and recommend medical help.

The therapist may also help the patient develop impulse control by finding new ways to manage their sexual curiosity, identifying locations or situations that are triggering the voyeuristic disorder symptoms, and developing coping strategies.

Joining a support group can also go a long way in coping with the symptoms of voyeuristic disorder. Connecting with other people who are going through similar issues creates a space that is free of judgment and provides room for conversing about challenges and coping mechanisms.

Medications may be prescribed to treat any associated comorbid conditions, such as depression or anxiety. Some studies 9 found that putting patients on fluoxetine and treating their voyeuristic behavior as an obsessive/compulsive disorder showed significant results.

Another 2010 study 10 revealed that using a mixture of antidepressants and antipsychotic medications can be used to successfully treat this disorder. Some antiandrogenic drugs 11 that suppress intense sexual drive can also be used to treat patients with this condition.

There is some evidence that shows that pornography can be used as a treatment. However, this is based on the idea that countries with pornography censorship have high rates of voyeurism.

Research 12 shows that voyeurs shifting the focus of their voyeuristic behaviors by looking at graphic pornography or nudes in adult magazines have been successful in addressing this disorder. In fact, consuming pornography is actually fulfilling voyeuristic desires without breaking any law.

Ways To Cope With Voyeuristic Disorder

Consider the following measures for coping with voyeuristic disorder:

This disorder begins as a fairly common sexual interest, but then it becomes a concern where the individual cannot control his/her sexual desires and fantasies.

As the disorder grows severe, it begins to impact the patient’s daily life as well as make others feel uncomfortable or violated. Nonetheless, with treatment for voyeuristic disorder (using therapy and medication), it is possible to recover from this condition.

So if you are experiencing any voyeuristic disorder symptoms, it is advisable to seek professional help and timely avail treatment plans and coping strategies. This will allow you to lead a normal and healthy life, without violating or threatening anyone’s privacy.

Voyeuristic Disorder At A Glance

1. What is the root cause of voyeuristic disorder?

2. What are paraphilic disorders?

3. Is voyeurism a mental disorder?

Voyeurism in itself is not a disorder. But, when a person becomes too consumed and distressed by voyeuristic thoughts and cannot function or act normally because of his/her fantasies, it becomes a disorder.