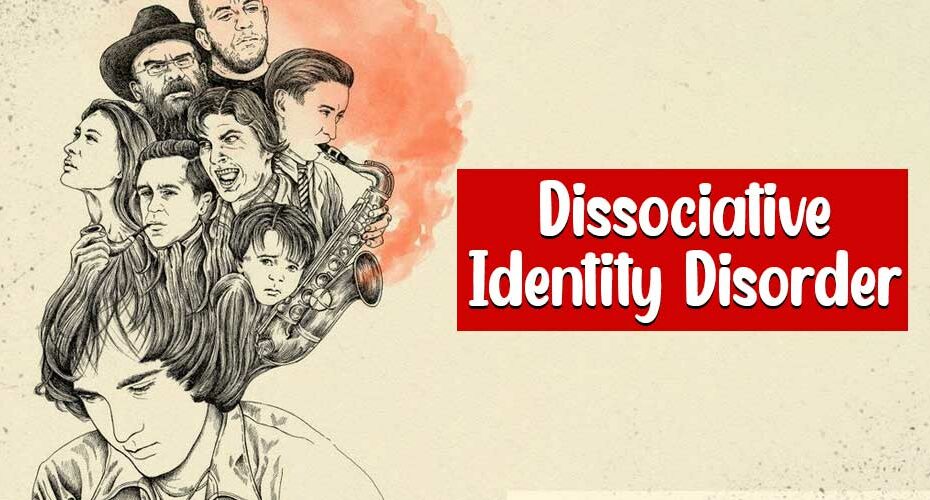 What Is Dissociative Identity Disorder?

A 2021 study 1 describes a person with DID as someone who “experiences separate identities that function independently of each other and are autonomous of each other.” The patient’s main personality is called the “ego” or “host” state and the unconscious identities are called “alter” states. These alter personalities can have different histories, names, ages, genders, races, moods, knowledge, and vocabularies. However, these personalities are not fully developed and are fragments of a disconnected personality. It is believed that, in the ego state, the patient is consciously in control of her/his experiences, thoughts, and actions. But she/he lacks a sense of ownership over the alter personalities. In most cases, the alter states function and take control of the ego state—with or without the host’s knowledge.

Social and environmental stressors 2 can trigger personality switches in a sufferer. When they switch their personality states, there is a noticeable change in the person’s behavior, voice, hand-writing, etc. She/he completely gets detached from the immediate environment and time and experiences changes in mood, lifestyle, thoughts, and actions. She/he experiences hallucinations and memory loss and feels like she/he is living in a dream-like sequence or out-of-body reality.

Most of the time, DID is often accompanied by other mental disorders, such as post-traumatic stress disorder, personality disorders (especially borderline and avoidant), depression, sleep disorders, etc.

Research shows that dissociative identity disorder has roots in experiences of childhood abuse and trauma. Most scholars consider it to be a dysfunctional coping mechanism 3 in which a DID patient devises certain people or realities in her/his mind to survive negative experiences and environments. In some countries, it is often associated with terms such as “outer world possession” and “possession by demons”. Even psychiatric literature fails to agree when it comes to understanding dissociative identity disorder.

Dissociative identity disorder affects only about 1.5% of the global population, with patients never fully recovering 4 in their lifetime. This condition has life-long symptoms and its patients require continuous reality-based and grounding interventions, supportive care, and safety planning.

Treatment methods 5 for DID tends to be lengthy and expensive and this affects its prognosis rates. For instance, a 2008 study 6 shows that short-term outcomes of DID is high, around 44–97%, but the rates are rather unfavorable in middle-term or long-term outcomes.

Dissociative identity disorder is often considered a spectrum disorder with multiple subtypes that can also be standalone disorders in their own right. For clinical purposes, researchers identify its 3 main subtypes, with other dissociative disorders existing in varying degrees. These include:

Dissociative amnesia is caused by the impairment of a person’s autobiographical memory, because of which she/he cannot remember important information about her/his identity or life.

According to a 2013 study 7, “Dissociative fugue is a psychiatric disorder characterized by amnesia coupled with sudden unexpected travel away from the individual’s usual surroundings.” As the person wanders, she/he is in denial of all memory.

A dissociative fugue usually lasts for a long period of time and exists with several other mental disorders, such as depressive disorders, bipolar disorders, panic disorders, eating disorders, etc.

People suffering from this disorder often feel that they are not real 9 and are existing in a dream or seeing themselves from outside their bodies. The course of the disorder is usually long and continuous.

One 2014 study 10 sees DID as a spectrum with many other dissociative disorders, such as:

Dissociative identity disorder is a somewhat misunderstood disorder, with ongoing research trying to decipher its true nature. Despite being acknowledged as far back as the 1880s, experts are yet to attribute it to a concrete definition or specific medical parameters.

But, the Diagnostic and Statistical Manual of Mental Disorders (DSM-5) has given us a rough framework of dissociative identity symptoms. These include:

People suffering from DID often feel detached from their immediate surroundings. Studies show that DID causes gaps in memory about a person’s sense of self, consciousness, and passage of time-related to:

DID causes loss of self-identity and compartmentalization of a person’s memory—resulting in “the presence of two or more distinct personality states”.

But, researchers are still unsure about the number of alter personalities a DID patient can have. According to a 2012 study 11, people with DID can have 10–100 personalities, with even 4500 alter identities being reported in the most severe cases.

People suffering from DID usually experience hallucinations and other “extrasensory experiences” like living in a dream, hearing voices, periods of extreme emotions, etc.

They also suffer from cognitive malfunctioning and behavioral and mental disorders, such as:

4. Inability To Cope With Stress

DID is sometimes considered 12 a chronic post-traumatic disorder, because of which its patients find it difficult to deal with stressful situations, such as emotional or professional stress.

DID is a controversial disorder, because of which its diagnosis and treatment have been revised 13 several times by psychiatric manuals like DSM-5 and ICD-11. However, over the years, psychiatrists and other medical practitioners have tried to identify some of the basic dissociative identity disorder causes, such as:

The post-traumatic model (PTM) considers DID to be an extreme coping mechanism for traumatic experiences, because other normally adaptive systems have failed. This “self-soothing” strategy comes with predisposing factors such as the ability “to dissociate, overwhelming traumatic experiences that distort reality, [the ability to create] alters with specific names and identities, and lack of external stability”.

A 2020 study 14 suggests that DID is caused by structural changes in the brain, specifically in the hippocampus, amygdala, white matter tracts, and other parts of the brain associated with:

According to one 2021 study, the fantasy-related model proposes that people who are imaginative and fantasy-prone are more vulnerable to DID. They are usually the ones with:

People are more vulnerable to DID if they have mental disorders that cause behavioral changes, like:

An extension of the fantasy-related model, the socio-cognitive model (SCM) 18 states that therapists accidentally create DID symptoms in people, using psychotherapy techniques. People with certain traits (like fantasization or suggestibility) then, consciously or unconsciously, adopt behaviors or additional identities promoted by cultural stereotypes portrayed in the media.

However, as a 1996 study 19 puts it, “Treatment recommendations [of DID] that follow from the sociocognitive model may be harmful because they involve ignoring the posttraumatic symptomatology of persons with DID.”

Studies 20 show that DID can also be caused by a number of factors, such as:

How Is Dissociative Identity Disorder Diagnosed?

Even after decades of research and practice in clinical setups, DID still remains to be understood. Medical literature has elaborately described the early signs of dissociative identity disorder, but most of the time, it is “misdiagnosed and often requires multiple assessments for an accurate diagnosis.”

The dissociative identity disorder diagnosis consists of the following phases:

In this phase, to determine if any physical injury is causing DID-like symptoms, the patient undergoes several examinations of his/her physical health like:

If physical health conditions are ruled out, the patient is referred to a mental health practitioner for a diagnosis.

They then tally the person’s conditions with the criteria for dissociative identity disorder diagnosis outlined in DSM-5. For a person to be diagnosed, she/he must:

Psychiatrists often use diagnostic scales to ensure the severity of the DID symptoms in a patient and for differential diagnosis from other disorders with similar symptoms of dissociation. These include:

How Can Dissociative Identity Disorder Be Treated?

According to a 2021 study, the treatment plan for dissociative identity disorder usually follows a three-pronged approach.

The following therapies and medications are used to treat people with DID:

Dissociative identity disorder do not have specific therapeutic treatment, but people with DID can avail the large number of therapies that are already available to treat cognitive disorders, such as:

The cornerstone of DID therapies, psychotherapy helps to address “the patient’s unconscious conflicts which may be a cause of maladaptive functioning”.

In most cases, other forms 23 of psychotherapy (such as cognitive behavioral therapy [CBT], dialectical behavioral therapy [DBT], or hypnotherapy) are used “to reduce dissociation and integrate the functioning of the mind” of the DID patient. These also treat the symptoms of other comorbidities existing with DID, such as anxiety, depression, etc. But, the effectiveness of psychotherapies in treatment for dissociative identity disorder remains contested.

Studies 24 show that EMDR, though prescribed for treatment of general trauma and stress disorders, worsens 25 dissociative identity disorder symptoms. But it can be used in adjunctive treatment or integrative treatment. A 2021 study actually recommends EMDR processing to recovered patients who are “generally stable and [have] adequate coping skills”.

Schema therapy [ST] is used to resolve attachment-related dysfunction 26 in DID patients in phases, by “blending traditional cognitive-behavioral treatment with experiential and interpersonal elements”. ST is thought to be cost-effective and more successful in treating severe DID cases.

According to a 2020 study 27, POTT treats people with dissociative identity disorder in different stages:

Research shows that patients with DID often find it difficult to participate in generic group therapies and develop more severe symptoms. But, one 2020 study suggests that “select groups focused on psycho-education, problem solving and specific skills development can be a valuable adjunct to individual psychotherapy” for treating dissociative identity disorders.

There are no prescribed medications for dissociative identity disorder treatment, because of which medicines for treating similar symptoms 29 in other disorders (such as hyperarousal, mood changes, nightmares, etc.) are also used for DID, such as:

Dissociative identity disorder (DID) is a rare and complex disorder, which remains misunderstood and under-diagnosed most of the time. If untreated, it interferes with a person’s quality of life and personal and professional reputations. However, it can be effectively managed by timely diagnosis, therapy, medication, and psychoeducation.

Dissociative Identity Disorder At A Glance

1. Who are some famous people with Dissociative Identity Disorder?

2. Are there ways to make living with DID easier?

Living with dissociative identity disorder is manageable if you seek medical help for your mental condition. Self-help strategies, like educating yourself about the disorder, organizing a healthy schedule and an emergency plan, and communicating openly with your support system also make living with DID easier.

3. When should I call my doctor about DID?

If you experience chronic forgetfulness about yourself and your immediate environment (like forgetting your name, identity, or specific life events) without the use of alcohol or drugs, then you may have dissociative identity disorder symptoms. At this point, please consult your doctor.

4. Can people with dissociative identity disorder have different memories?

People with DID do not have different memories. DID causes compartmentalization of a person’s memory and splits his/her main ‘ego’ into multiple ‘alter’ personalities with their own thoughts and actions. But, all the personalities share one single memory. When a person switches personalities, he/she simply suffers from gaps in memory.

5. How can you help someone with dissociative identity disorder?

Educate yourself about the basics of dissociative identity disorder and learn to recognize and avoid the triggers. Do not be afraid if you see him/her switching personalities, and try to be patient and empathetic. Try to calmingly talk him/her into seeking medical help.